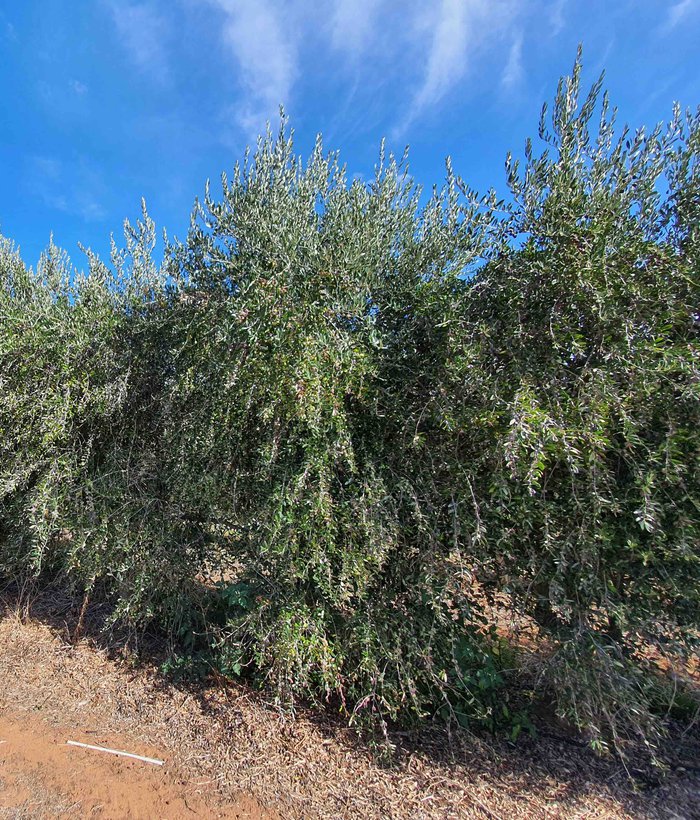 According to the Australian Olive Association, the 2021 harvest of Australian olives yielded approximately 20 million litres of oil from an estimated 30,000 hectares of groves. This yield was much higher than the ‘average’ season but was nowhere near enough to satisfy consumer demand.

To meet market demand, Australia relies heavily on imported oils from Europe. Recent statistics from the International Olive Council indicate that olive oil imports into Australia are running at a level of about 36 million litres annually.

“It is obvious then that there is a great opportunity for local olive growers to capture market share from imported oils with the preferred, locally grown extra virgin olive oil,” says Malcolm Lewis, commercial tree crops manager at Lewis Horticulture.

Lewis Horticulture is an accredited nursery which has been producing quality trees for growers all over Australia for nearly 50 years. They specialise in supplying quality olive trees, particularly those suitable for high density plantings.

High density orchard plantings are a well-established practice in Australia, particularly for pome and stone fruits. Research is currently underway investigating the viability of high-density plantings in tropical crops such as mangoes.

“New entrants, however, have recognised the efficiency, quality, labour savings and financial advantages achieved from planting purpose bred ‘low vigour’ trees in a high-density configuration – and as a result are achieving superior results.

“Superior genetics, coupled with modern agronomy and new machinery capabilities like mechanical harvesters (see below) and pruners make this new and advanced growing system possible. Higher yields, better oil quality, production efficiency and low labour requirements are the drivers for the successes that are being achieved,” Mr Lewis said. 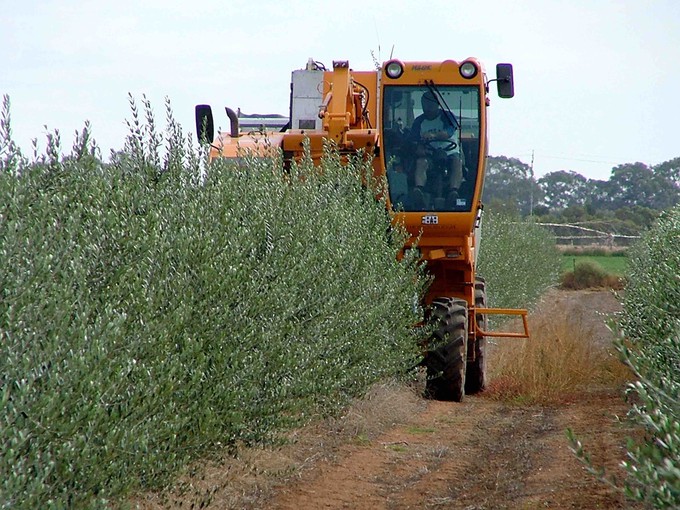 Lewis Horticulture is situated at Buckland Park on the Adelaide Plain approximately 30km north of Adelaide. Using recycled water for irrigation they have been assessing the performance of the olive variety Signore’ syn (FS-17).

Mr Lewis said the trees were planted more than 12 years ago and have consistently been averaging yields in the order of 2500–3000 litres of EVOO per hectare, year upon year, with seasonal highs well beyond this level.

“Based upon current Australian production figures and using high-density plantings, Signore’ syn (FS-17) is consistently delivering as much as double the Australian average production yield of EVOO per hectare,” Mr Lewis said.

“Increasing numbers of growers are discovering the difference that Signore’ syn makes. This is also being seen in the competition results achieved in local and international EVOO competitions. In recent years Signore’ syn (FS-17) has been a consistent winner of numerous gold medals and ‘Best in Class’, reflecting its depth of character and quality,” he said.

Signore’ syn (FS-17) has the added advantage of being a relatively late season flowering variety, and early to mature, reducing the risk of frost impact at flowering and frost damage or early onset of rain at harvest.

The higher oil content of the fruit reduces processing costs significantly and the consistent and high oil content translates into processing less tonnage of fruit for more oil.

“Skilled labour is hard to find and retain these days, and it will most likely continue to remain that way. Fortunately, we can provide the tree genetics and a production system that reduces reliance on labour whilst improving productivity and oil quality,” Mr Lewis said.

“Australian consumers also want a locally produced EVOO, so the opportunity is now there for growers to profitably replace imports using high density groves using a proven variety such as Signore’ syn (FS-17).”