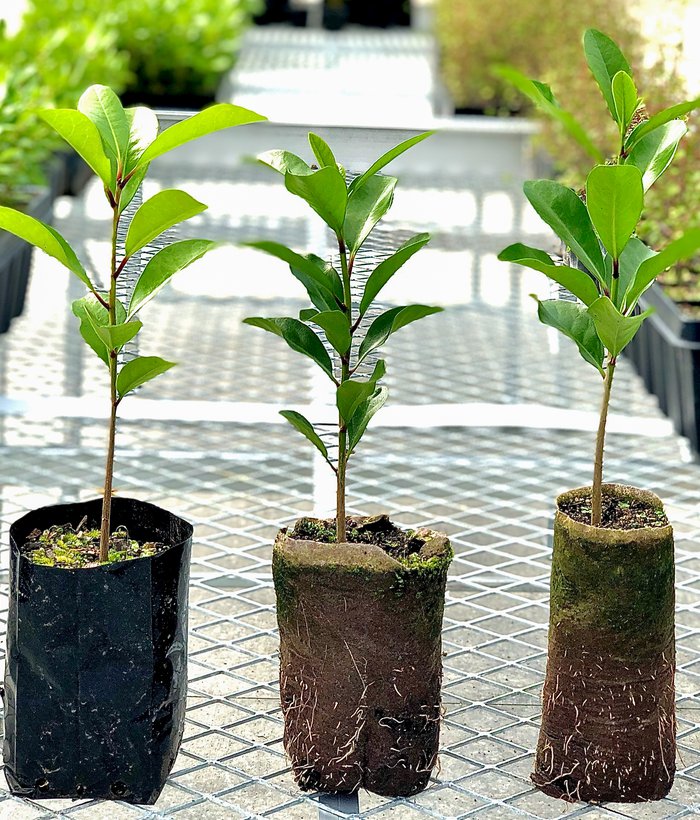 The Ellebag – the latest paper-pot technology from Ellepot is designed for crops with robust root systems that are currently propagated in plastic bags or pots.

The Ellebag can been used for fruit and nut crops, as well as avocado, cocoa, coffee and native plants. When propagated in the Ellepot AIR Tray, growers can eliminate the use of plastic bags in their production.

“The Ellebag is a brilliant alternative to plastic bags for fruit and nut producers,” says Ellepot regional sales manager, Darran Stone. “Growers can choose to have the flexibility of producing their Ellebags on-site with the Ellebag machine (with automatic filling) or have the option to purchase pre-made Ellebags in various standard sizes.

Designed and manufactured in Esbjerg, Denmark, Mr Stone said the Ellebag machine is a stunning example of Danish innovation and quality.

“The automatic filling of the Ellebags improves efficiencies, and the Ellepot AIR Trays have been designed with automation in mind. On-site production allows flexibility and reliability.”

The Ellebag machine is capable of using a wide variety of growing media and substrates from materials such as peat moss and coir, to composted pine bark, giving growers a greater choice in their propagation decisions.

Air pruning is at the core of the Ellepot system, and Ellepot users say they experience healthy root tips growing out or down through the Ellepot paper, even after months of being in the same Ellepot AIR Tray.

“This system provides propagators with the opportunity to create optimal microclimate conditions with improved wet-dry cycles for rapid root development. Air pruning of the roots stimulates the plant to produce secondary and tertiary roots resulting in a larger, more fibrous root system.”

Through air pruning, Mr Stone said plants become more efficient in the use of available container volume. As a result, many species can be grown in a smaller volume Ellebag than the corresponding plastic bag.

“This smaller volume Ellebag has many additional benefits such as a reduction in substrate cost, more efficient use of available nursery propagation space, reduced transport cost, and faster in-field transplanting amongst others,” he said.

The degradable paper Ellebags do not need to be removed at planting, thereby speeding up transplanting, reducing root damage, and essentially eliminating transplant shock.

Once transplanted in the field, Mr Stone said air-pruned root tips continue growing in the same direction resulting in a more natural root architecture without the deformations that have been observed from plastic containers.