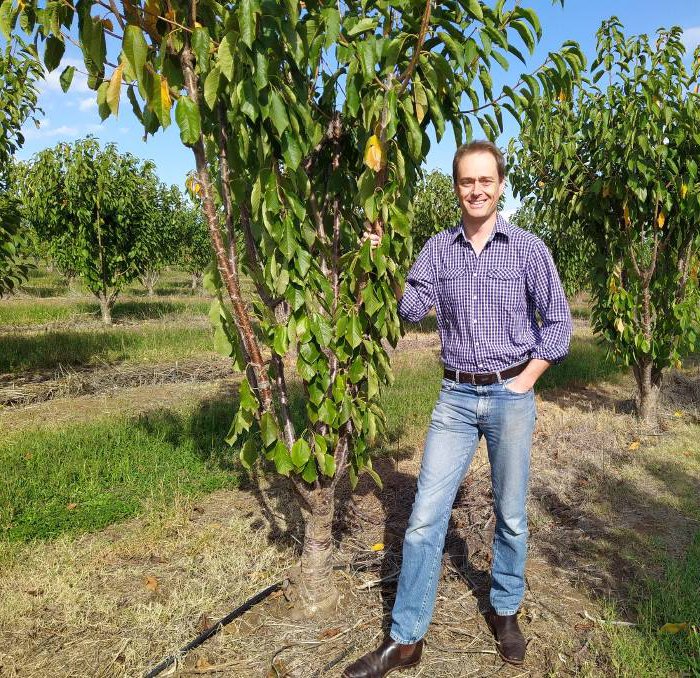 Cherry Growers Association president, Tom Eastlake, said it was important to keep as many overseas workers in the country as possible to support picking and packing operations.

"It is horticulture's biggest concern at the moment," Mr Eastlake said.

"If you can't get produce off the tree then you don't even pass go, you finish up there and then."

The federal government announced changes to agricultural visas this week, allowing backpackers currently in the country to extend their stays. However, last Friday, Prime Minister Scott Morrison said it was time for visitors to leave if they could not secure work.

"The people who had applied for working holiday visas for the upcoming season, they're not coming now, they can't get in.

"We need to keep everyone here that we can and we need to make sure they know there's work available now and throughout the year."

The Australian cherry harvest won't begin until mid-October and Mr Eastlake said it was still too far away to know what the impact of COVID-19 was going to be.

But he said what they did know, based on estimated crop volumes, was the employment requirement would be somewhere between 21,000 and 25,000 pickers, that number excluding permanent staff and casuals doing packing work.

At his own cherry farm at Young, Fairfields Orchard, Mr Eastlake said he would have around 150 people on the ground on any given day during picking, with two thirds usually on working holiday visas.He said apart from labour, their second largest concern was how they get their produce to export markets.

"One hundred per cent of our product goes on air freight in cherry season so I'll be very interested to see how that scheme is implemented," Mr Eastlake said.

"They have said it will be there for as long as needed, but at the moment they're looking at a six month time frame which is not going to be sufficient for us."

He said air traffic to South-East Asian nations took a year to two years to recover after SARS.

China is the largest export market for the Eastlakes, but they also ship to Vietnam, Korea, Indonesia, Singapore, Hong Kong and Malaysia.

Mr Eastlake said his South-East Asian contacts were positive about the demand for imported cherries.

"They're saying 'we're going to want them so make sure you're ready to export'."

Another consideration for the industry was accommodation for pickers.

Olive grower, Clare Gibson, Gibson Grove, Forbes, said her olives would be ready for harvest in the coming weeks. Their immediate concern was finding affordable accommodation for their pickers given the local caravan parks were closed.

"Our mantra at the moment is watch and wait to see what happens."