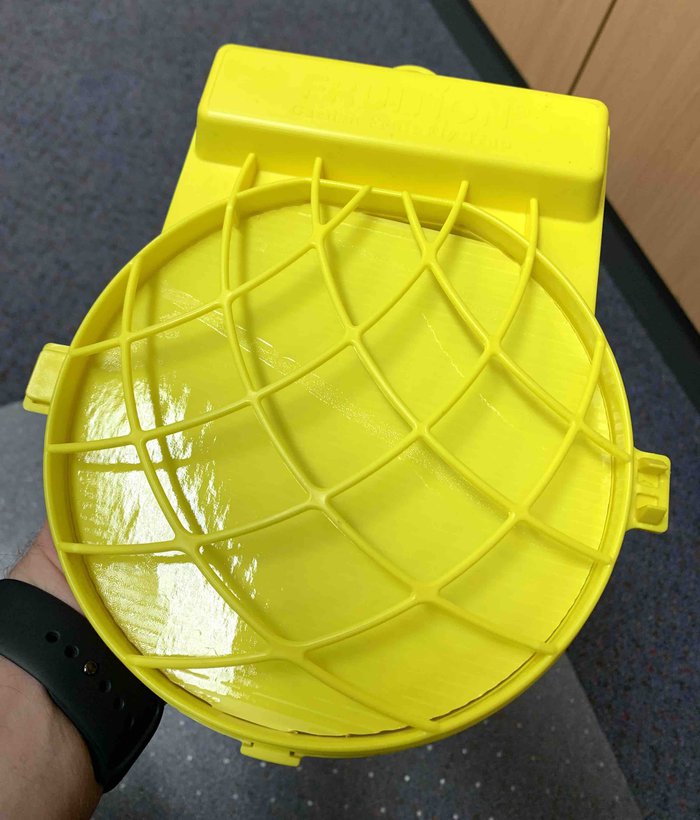 It is the formation of galls, which contain the developing larvae that affect vigour, and hence yield, of badly affected trees. To implement a management strategy, it is important to understand the life cycle of the pest.

The adult wasp emerges from the gall in spring, with the exact timing being dependent on day degrees from June 1, so this varies between each region. The emerged wasp mates and lays eggs into the bark of fresh growth.

The eggs hatch over a 2–3-week period, with the larvae burrowing into the stem to emerge from the developed gall the following spring.

Each female wasp can lay 100 eggs, and the greater the spring growth flush, the more attractive the egg-laying sites in the bark. Knowing when peak wasp emergence occurs is crucial to the success of management methods.

AgNova Technologies, in conjunction with Citrus South Australia and University of Adelaide, has developed a Fruition CGW trap.

Area sales manager for AgNova Technologies in Brisbane, Scott Sheppard said the Fruition CGW trap is comprised of a sticky yellow trap with a long-lasting lure developed from the most attractive volatiles emitted from young flush leaves. 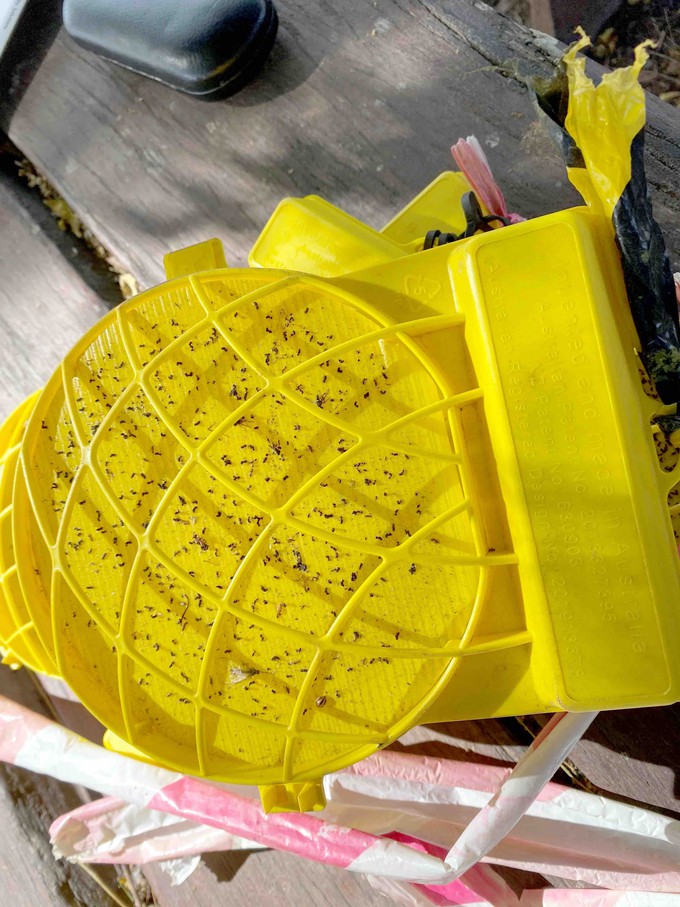 “Local trial work has shown CGW emergence was still occurring 39 days after the initial capture, with a substantial increase in emergence at 12 days. It also showed the significant attraction of the Lure and the importance of colour in enhancing effectiveness.”

It was not necessary to put a trap in every tree, but to spread traps evenly throughout the orchard, ensuring that trees with a good flush of growth and heavily galled areas were represented.

“Now that emergence can be determined accurately using Fruition CGW traps, more prescriptive control measures can be timed exactly when the CGW life cycle is at its most vulnerable,” Mr Sheppard said.

“Surround WP is a naturally occurring calcined kaolin clay that has been used worldwide as a sun protection product, including in citrus.

“Overseas data has shown that the white film of Surround disrupts the oviposition of insects by camouflaging the host and making it less desirable for egg laying.

“It also sticks to insects causing them to become agitated and either move to another host or expend limited energy trying to remove the particles from their body.

Mr Sheppard said based on the success of overseas trial work on similar pests with Surround, an application has been submitted to the APVMA for approval of the use of Surround for CGW control.

“The correct timing for the first application of Surround is at the initiation of wasp emergence, with a second application 15 days later.

“Heavy rainfall, new growth and wind erosion will affect film quality, so re-application is important to re-establish coverage. The timing of these applications also provides a very good level of sun protection to the developing fruit.

“The Fruition CGW trap is a valuable tool to accurately show wasp emergence, enabling monitoring of CGW populations. This ensures the timing of management methods, either chemical or non-chemical such as Surround, is optimal to best tackle the CGW problem.”