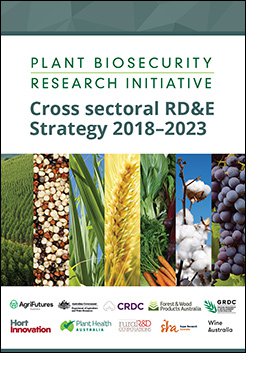 The future of plant health research in Australia is alive and well with funding for the Plant Biosecurity Research Initiative (PBRI) being renewed in 2020, the International Year of Plant Health.

Minister for Agriculture, Drought and Emergency Management, David Littleproud, said continued investment in plant biosecurity research is vital to the sustainability of Australian agriculture and the environment.

“The re-signing of the PBRI Agreement will strengthen collaboration and coordination across the Australian Plant industry sector on biosecurity research,” Minister Littleproud said.

“The PBRI was established in 2017 to ensure we coordinate our research, development and extension (RD&E) efforts for plant biosecurity.

Under the initiative, ten collaborative projects have previously been funded with a total value of $50 million to support plant biosecurity research.

“These projects are improving RD&E for risks such as Xylella, brown marmorated stink bug and fall armyworm, all of which are high priority threats for Australian agriculture and the environment.

“Preparing Australia for Xylella is particularly relevant to South Australia with its large grape and wine industry. The national Xylella coordinator initiative, jointly funded between Wine Australia and Hort Innovation, shows how effective PBRI can be in bringing plant industries together to fight a common threat.

“We’re committed to ensuring this initiative continues to deliver for our industries and environment.

“Detections of fall armyworm in northern Australia and repeated detections of brown marmorated stink bug at our borders are a reminder of the importance of biosecurity for our plant health.

“Our biosecurity system relies on partnerships between the Australian and state, territory and local governments, industry, environmental bodies, land managers and the broader community.

“Through the PBRI, we will ensure industry and government can continue to work collaboratively to support research efforts that benefit our plant health and biosecurity system as a whole.”

PBRI is a crosscutting research initiative across a number of groups including the Department of Agriculture, Water and the Environment, Plant Health Australia and the seven plant Research and Development Corporations.