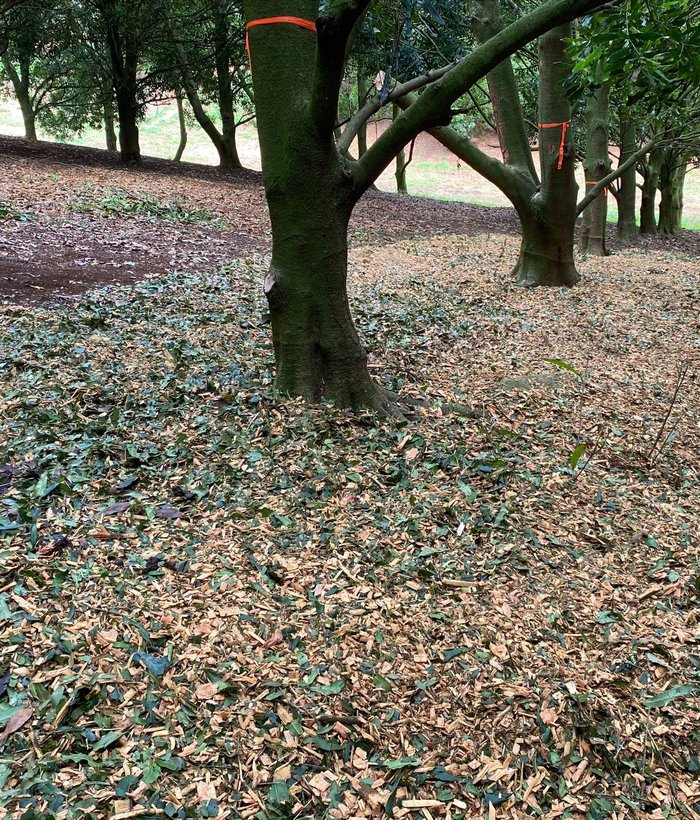 In stark contrast to this time last year, it’s been a very wet summer for DPI macadamia research sites on the NSW north coast.

On the Clean Coastal Catchments (CCC) research site on the north coast, a total of 338mm of rain was recorded over a period of just four days in December, followed by more wet weather in January and February.

NSW DPI soil scientist, Justine Cox said soil erosion is a significant concern in this region due to the erosive red ferrosol soil, the frequency of high intensity rainfall, and the low percentage of ground cover.

“In many macadamia orchards it is too dark underneath the tree canopy to maintain grass cover, so researchers are investigating options for soil protection,” she said.

Ms Cox reports growers using best practice techniques such as covering their soil with mulch; or pruning their trees to let in more sunlight and promote grass growth; are reaping the benefits during the 'wet season'.

CCC trials to reduce soil erosion and retain nutrients in macadamia orchards were established in March last year near Brooklet on the Alstonville plateau. Compost, mulch, erosion sox and prunings from onsite limb removal, are all being assessed for their capacity to withstand a range of erosive forces in this high intensity rainfall region

Following soil sampling in March to identify changes in soil fertility and health over the previous twelve months, Ms Cox will compile a research update for growers and the Fertiliser Stewardship Group (FSG) network.

The Fertiliser Stewardship Group (FSG) was established in 2018 in a partnership between the NSW Department of Primary Industries Clean Coastal Catchments (CCC) project and Fertcare to create a forum for advisers, consultants, resellers, manufacturers and suppliers that promotes and advocates for fertiliser best management practice on the north coast.

The CCC project is working with the macadamia, blueberry, greenhouse vegetable industries on a range of projects designed to improve fertiliser stewardship. The CCC project is an NSW Government initiative funded under the Marine Estate Management Strategy.