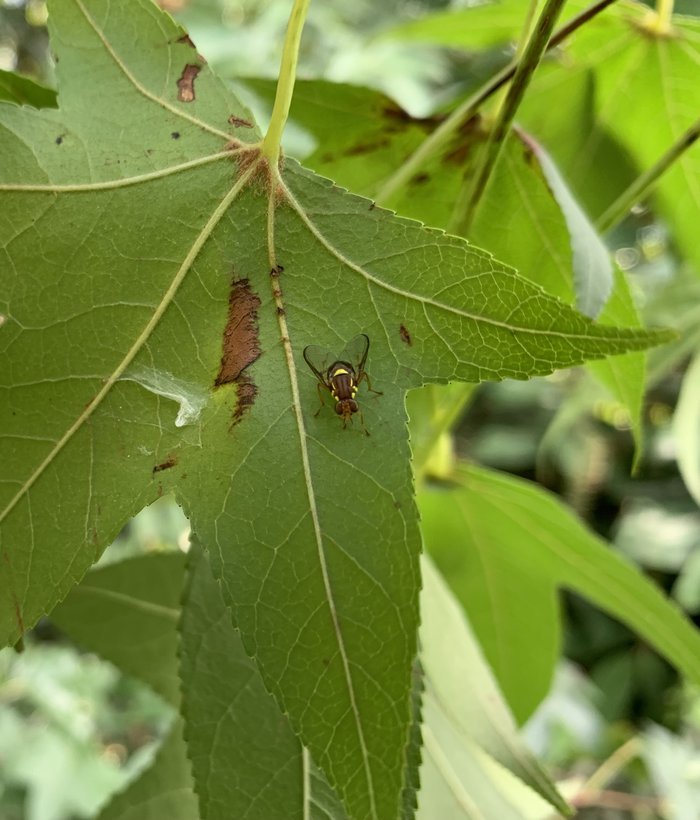 Identifying and tracing the sources of invasive pests and the pathways they take are crucial in managing biosecurity. Getting it right means that surveillance activity can be prioritised to areas presenting the most risk, protecting growers from costly pest incursions.

Conversely, understanding the origins and pathways of our own endemic pests can aid management, reduce their spread, and improve our international reputation as a low-risk trading partner.

However, this is easier said than done and it can be challenging to know where plant pests are originating from, especially for pests with a wide distribution, multiple hosts, multiple pathways of entry, or those with an already existing local population.

To establish the population genetic variation baseline, a sample was obtained from 368 Qflies across 35 localities caught between 2015 and 2018. This sample was further supplemented by an earlier set of 83 samples across six of these locations – collected between 1994 and 2003.

DNA was extracted from the samples obtained and sequenced. This identified over 2000 single nucleotide polymorphism’s (SNP), which are genetic variations at a single position within a DNA sequence. SNPs are hereditary and are shared by individuals of common lineage, making this a useful tool for tracking population ancestry, and identifying distinct populations.

Across the native and expanded east coast Qfly population ranges there was little genetic differentiation down the east coast, but larger differences were evident across an east/west transect through northern Australia. The genetic differences come from hybridisation with the closely related NT fly (Bactrocera aquilonis), with southern Qfly populations progressively becoming more genetically isolated from the Northern NT and WA populations.

Although not exhibiting large differences, the three interior southern populations around Griffith, Ardlethan and Shepparton are more distinct from the northern populations containing traces of NT fly genotypes.

Analysis of the DNA sequencing also indicated five geographically isolated and genetically distinct populations. Along with Broome and Alice Springs, three genetically grouped populations in the pacific islands, New Caledonia, Loyalty Island and Tahiti have been identified. The evidence suggests that Qfly migrated from the east coast to New Caledonia and Loyalty Island which in turn became the source of Qfly migrants to Tahiti.

Taking the information developed in this reference dataset, Dr Popa-Baez then assessed samples obtained from Qfly incursion events in South Australia, Tasmania, and New Zealand, where permanent Qfly populations have not been established.

For the South Australian and Tasmanian incursions, the sources of incursions were from the east coast population. However, there are indications that multiple sources within this population were in evidence. For example, in the SA Riverland incursion of 2018/2019 seven samples were assessed, whilst six were closely related, the seventh was not and could represent a separate incursion event at the same time.

Importantly the study also demonstrated that none of the incursions into NZ, SA or TAS originated from the northern NT/WA Qfly groups.

Whilst the approach has not been able to resolve source populations from different parts of the east coast of Australia, there is future potential to increase the sensitivity of the analysis to determine this. With further refinements, the approach taken by Popa-Baez could become an important tool in incursion tracing not only for Qfly but also for other invasive pest insects.