How to make pears blush: 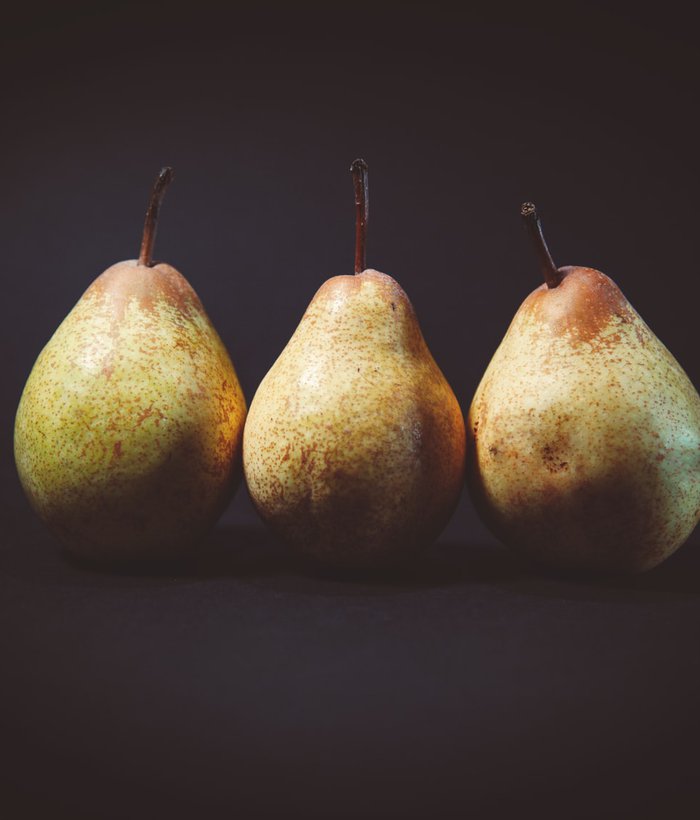 Pears have been declining in popularity in recent years, but new blush varieties offer opportunities for an image makeover and a revival in fortunes. The physical appearance of a piece of fruit provides the all-important first impression on the consumer. When it comes to purchasing pears, one of the most critical physical attributes according to consumers, is colour. Understanding how colour is impacted by changing exposure to light is therefore key to making that all-important first impression – one that spares no blushes.

Red colour in pear skin is attractive and a highly-marketable trait, with the pigments responsible for red colour in fruit (anthocyanins) also known to exhibit a wide range of health benefits. New blush pear cultivars developed through the Australian National Pear Breeding Program (ANPBP) provide a chance to reinvigorate the pear market, both domestically and internationally — provided that there is adequate coverage and quality of red blush on the fruit at harvest. In order to maximise the economic viability of blush pears for the grower, Agriculture Victoria Research initiated a project through the Agriculture Infrastructure and Jobs Fund to better understand how and when pears develop red colour. While the underlying mechanisms of red colour development are well understood for apples, there is still a way to go with pears.

The role of light

Different pear cultivars are not uniform in their seasonal patterns of colour development and their colour responses to environmental stimuli. Light is either an absolute requirement for, or enhances the synthesis of, red pigments in fruit peel. However, high levels of solar radiation can induce the degradation of pigments due to high fruit surface temperatures. With 90 per cent of Australia’s pears currently grown in the high-light environment of the Goulburn Valley, Victoria, the response of new pear cultivars to solar radiation is of significant interest.

The quantity of light penetration in the tree canopy (and therefore the amount reaching the fruit) changes throughout the growing season. The growth of vegetative shoots results in shading and subsequent summer pruning leads to higher exposure. A preliminary experiment performed on the cultivar ANP-0534 demonstrated a highly dynamic response to the application of shade followed by sunlight exposure. Shading during the early and middle parts of fruit growth resulted in complete loss of red colour, with red colour restored within three weeks of re-exposure.

A subsequent experiment examining the effect of pear shading and re-exposure to sunlight was conducted during the 2018/19 season on the commercially-released cultivar ANP-0131 (marketed as Ricó®) in the Experimental Pear Orchard at Agriculture Victoria, Tatura. Sample fruit was chosen on the west arm of an Open Tatura trellis between a height of 1.2 – 1.8 m. The treatments included a control (pears fully exposed for the duration of the experiment) and 10 shading treatments of varying length applied at different stages of fruit development. Pear shading was achieved using aluminium umbrellas above individual fruit. The timing of treatments was measured in days after full bloom (DAFB):

The experiment extended three weeks beyond the optimum time of commercial harvest to observe the effects when fruit is left on the tree. The colour of the red blush was assessed using a spectrophotometer to measure two objective colour parameters: a* value (indicates colour on a scale of green to red) and hue angle (indicates the colour location on a 2-dimensional, circular colour wheel). These measurements were taken approximately every three weeks on all the sample fruit.

The dynamics of blush development

Shading of ANP-0131 resulted in the same basic responses as for ANP-0534. That is, fruit that were shaded responded with a decrease in a* (decrease in red colour) and an increase in hue angle (movement away from red colour). All shading treatments of ANP-0131 up until the final three weeks before commercial harvest date (154 DAFB) resulted in a total loss of red colour, indicated by a negative a* value and very high hue angle (Figures 1 and 2). Fruit that was shaded in the three weeks just prior to harvest (Treatment 5(vi); shaded 133 – 156 DAFB) maintained some red colour. This is in contrast to the effect on ANP-0534, which showed complete loss of red colour with shading at any stage of the growing season.

In ANP-0131, red colour was regained when shade was removed, regardless of the fruit growth stage. By commercial harvest there were no significant differences in a* value between the control treatment and other short treatments that had had at least three weeks of re-exposure to sunlight (treatments 5 (i)–(v)). In comparison, the cultivar ANP-0534 did not achieve adequate red colour recovery when shaded in the period six to three weeks before harvest (equivalent to treatment 5 (v) 122-133 DAFB).

ANP-0131 fruit that was shaded for longer periods of time (nine and fifteen weeks), and re-exposed for at least three weeks, was still able to recover red colour. Permanently-shaded fruit remained without red colour. Exposed ANP-0131 fruit that was left on the tree after commercial harvest continued to improve in blush. With this cultivar, blush can develop sufficiently late in the season, providing sun exposure is maintained prior to harvest.

Light exposure and canopy penetration are constant considerations for orchardists with regards to timely fruit ripening and colouring. And rightly so, judging by the results of this experiment. Now, it’s about getting down to the specifics and figuring out the best balance of orchard design and management and choice of plant matter to bring out blush in a pear. There are many methods already in use to enhance light distribution in the canopy, such as:

Whether the implementation of all these methods is beneficial towards blush development is yet to be seen.

How much is too much?

While exposure to sunlight is essential to the development of the blush colour prized by consumers, a concern, due in part to the soaring levels of solar radiation in this part of the world, is that too much can lead to colour bleaching (Picture 3) and sun damage.

Bleached colour appears to eventuate as a combined effect of high exposure to solar radiation and high ambient temperatures heating the fruit surface and leading to anthocyanin degradation. Another possible risk factor for sun damage is the sudden exposure to high levels of light of heavily shaded fruit that are lacking in protective pigments. Anthocyanins behave like a sunscreen on the fruit peel, protecting the surface from sun damage. It is suspected that sudden exposure of fruit to high levels of solar radiation (from adjacent fruit falling or pruning close to the fruit) may be one mechanism for the development of sun damage.

One way to mitigate sun damage or bleaching would be through the use of shade netting to reduce and diffuse the sunlight entering the orchard. However, the alterations in the quantity |and quality of light entering the orchard may be detrimental to blush development. A retractable netting system could be used advantageously in this instance by being opened closer to the harvest date if colour is lacking in the fruit and extreme heat or hail events are unlikely to occur. More research is needed into the optimum netting colour, material and weave density for blush pears.