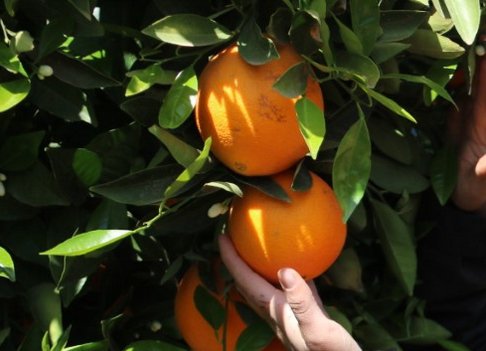 With the 2020 citrus season underway in Australia, General Manager of Market Development David Daniels admits the inevitability that Chilean citrus would gain access to China has been on the peak industry body's radar for many years.

"They are really well established in China; last year they exported over 100,000 tonnes of table grapes, 160,000 tonnes of cherries and 55,000 of stone fruit - that's only after the first year of access," Mr Daniels said. "So, they definitely cannot be taken lightly. In citrus, they supply 360,000 tonnes into the U.S market per year, for less than US$1,000 a tonne. In comparison, our fruit is priced into China at around the US$1,600 per tonne - so Chile could definitely be competitive into that market. The assertion that our fruit is better is true, but at the end of the day, their fruit is being eaten somewhere in the world, they are producing a lot of it and soon they will be shipping it into China."

Citrus Australia CEO Nathan Hancock added that Australian growers cannot simply rely on the clean-green image, or become complacent with the quality of our produce.

"While their oranges and mandarins don't really meet the Chinese palette, and they may not be as popular in the top end of the market that we go to, they will have an erosive effect at the bottom end of the market," he said. "The important thing is that we are cognisant of that. We cannot rely on Chile not being able to produce high-quality fruit forever. We need to be aware they will improve, and when improvements are made in isolated orchards, it will then be adopted across the country, making more competitors for us. We don’t think that the threat is here yet, but it may not be far away."

China has become a key part of Australia's export strategy, which reached unprecedented heights in 2019.

"Year on year we seem to set another record; last year for the first time, citrus exports broke the 300,000 tonne mark, and broke the half a billion-dollar mark," Mr Daniels said. "It has been in our sights for a decade. At one stage it was forecast to reach that in 2025, so it is remarkable to see that happen much earlier. The growth last season was driven by mandarins - we only saw modest growth in orange exports. That stands to reason, as we have seen huge numbers of mandarin plantings in the past decade and now they are coming to maturity and finding homes offshore."

Last year, around 122,000 tonnes of citrus went to mainland China and Hong Kong market, which accounted for 40 per cent of Australian citrus trade. Mr Daniels explains that while the majority of supply was being sent to different markets a decade ago, there is now a similar trend, where there is a reliance on key markets.

"One of the reasons Citrus Australia created my position was that we became heavily reliant on the Japanese market," he said. "It had become a very good market as the United States fell away for Australian citrus due to competition. We realised that if anything ever happened in Japan, we would be in trouble. The challenge was to work on developing the China market, but 10 years on, we are finding ourselves in the same position. So, we have two big risks now; Japan and China."

With China playing a central role in Australian exports, Citrus Australia has been monitoring the 'trade war' with the United States, and Mr Daniels notes a recent reduction from 50 per cent to 26 per cent in tariffs for Californian citrus into the Asian country.

"The Californian Citrus industry is optimistic about doing some trade into China for the tail-end of their season, which was previously too hard under the 50 per cent tariff," he said. "So, we may see the entry of late fruit in coming months. However, China is not really big market for the U.S anyway, I think it's around the 40,000-tonne mark per year - they focus more on the Korean market."

Chile plans to expand citrus plantings by 12,000 hectares, almost half of Australia's entire production, and Mr Daniels highlighted Chile's rise in the United States, as an indicator of its potential in other markets such as China. The USA was once Australia's top market, peaking in 2007 at 35,000 tonnes, but now does not sit in the top ten in terms of volumes.

"The South Africans entered that market around the year 2000, and didn't do much harm," Mr Daniels said. "The real danger came when Chile entered, seriously in 2009 and started developing trade relationships. Our trade fell off dramatically after that. Chile started off with a modest 20,000 tonnes in 2009 and grew substantially from there, not only oranges but also mandarins and lemons. I think the Chileans need to be taken seriously; they have well-established relationships and can land fruit at a fraction of our price. It is also important to know that the Chilean and Chinese governments have a strong bilateral relationship."

The other major competitor Australia faces is South Africa, which ships around 2 million tonnes of citrus - nearly six times the volumes of Australian exports. While most of it is currently going into Europe, Mr Daniels is expecting them to spread into Asia, creating stronger competition with Australia.

"Approximately, one-third of their volume is shipped into Europe, 300,000 tonnes into Greater China (including Hong Kong), and they have a strong presence in Russia and the Middle East," he said. "They are also talking about the expansion of a possible 500,000 tonnes per year in upcoming plantings. So, they are talking up their increased production. But those guys have challenges of their own; with one-third of their production going into the European market, it has been slightly problematic for nearly a decade. The phytosanitary conditions for 'black spot' have been difficult and hard to achieve, and MRLs are also difficult. On that basis, South Africa intends to push east and out of Europe as much as they can. This represents a threat to us, as the only other Southern Hemisphere supplier into Asia."

Despite the increased production potential, Citrus Australia believes that another factor that works in their advantage is the congestion and delays at South Africa's ports, creating supply chain problems. One way around that has been to hire charter vessels which can take up to 5000 tonnes, according to Mr Daniels.

"We really need to keep an eye on, and work with our friends in South Africa to get an idea of when they are loading and when they are departing," he said. "We don't want to find out by surprise that an entire vessel of South African Valencias has landed in Shanghai."

Mr Hancock reiterated strongly that China is a premium market for Australian citrus.

“The Australian industry has treated China as a premium market, we send high quality, safe, sweet fruit to this market. That has been our point of differentiation and we must be focusing on delivering every time because our competitors find it difficult to match us on these characteristics,” he said. “Our consumer in China is a discerning customer, looking for these attributes.”