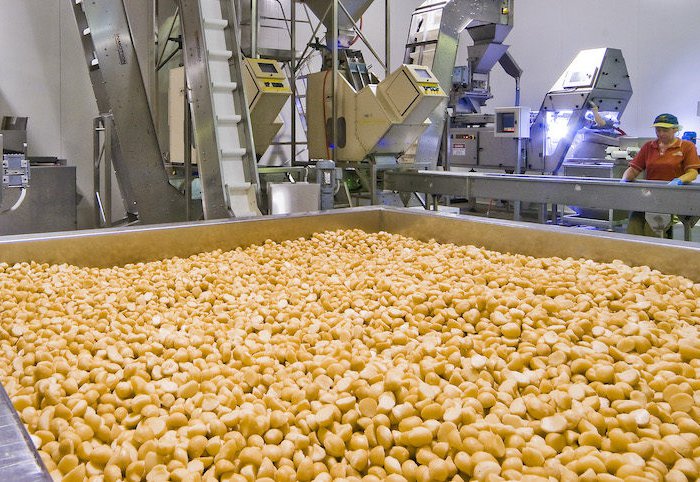 “This investment by Finasucre means Macadamias Direct has moved to another level in its capability to deliver a reliable supply of quality Australian macadamias, providing our customers the quality they demand,” said Macadamias Direct General Manager Jon Perrin.

The Dunoon facility sits amid the main macadamia growing region in the rolling green slopes of coastal northern New South Wales, just 45 minutes’ drive from Byron Bay. It currently processes around 12% of Australia’s total macadamia production, or 4% of the world’s production, and in the past three years has more than doubled in size.

The Finasucre Group produces around 1800 tonne of macadamias (nut in shell) a year in Australia. In 2019, the group purchased a 1018ha property in Bundaberg, Central Queensland, adding a further 644 ha of mature orchards to its holdings. The purchase from a US-based farmland investor and major Australian nut orchard owner cost $59.2 million.

It made the Finasucre Group one of Australia’s largest macadamia growing operations.

The Finasucre Group, a Belgian-based organisation, has a range of operations across the globe, including Africa, Australia, The Netherlands and China, as well as three companies in Belgium.

The Finasucre Group has global investments in operations that deliver sugar, lactic acid and its derivatives, along with research into biodegradable and recyclable plastics. It sells renewable energy, and in Africa has invested in Kwilu-Ngongo brick to contribute to the improvement of building materials for housing in developing countries. In Australia, operations include Bundaberg Walkers Engineering Ltd and Bundaberg Sugar. It employs more than 4300 people worldwide.