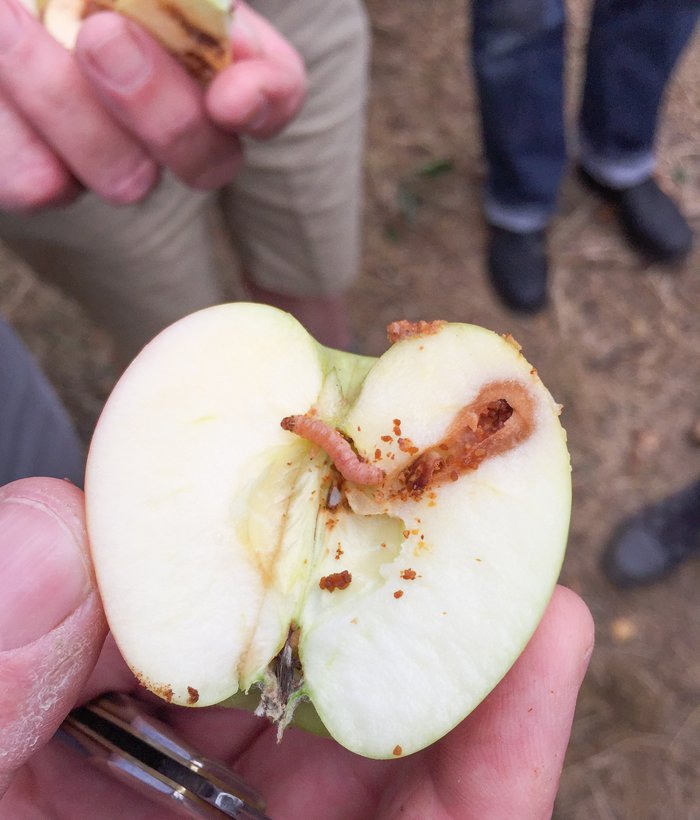 With over 4000 trials performed globally, as well as a rigorous trial program in Australia, Vayego has demonstrated excellent efficacy across the lepidoptera, coleoptera and diptera species targeted.

“These trials have shown that Vayego has some attractive properties that contribute to its versatility, safety, and strength in performance,” Mr Mulcahy said. “One of which is that it is active on all life stages of lepidopteran pests such as codling moth, from eggs through to adults.

“While the main control comes from larval ingestion, eggs can also be affected when laid on treated leaves and fruit, or if they have already been laid, and are then treated with Vayego.”

Rapid feeding cessation is another key feature. In the case of codling moth, the larvae lose muscle control, become immobile, and cease feeding almost immediately after ingestion, giving the benefit of less damaged fruit. Vayego is also locally systemic which ensures distribution throughout the leaf, helping to maximise protection.

For some of these pests, Vayego provides a new mode of action and the short withholding period provides further flexibility to growers, Mr Mulcahy said.

For best practice resistance management, he said it was important that Vayego was used as part of a seasonal pest control program that incorporates other chemistries with different modes of action.

Trials have also shown Vayego to be a good fit for IPM programs, as it is soft on key beneficial species, including beneficial mites when used as directed, Mr Mulcahy said.

Vayego has also shown a high level of crop safety over many years of trials, both when applied on its own or when mixed with a range of tank-mix partners.