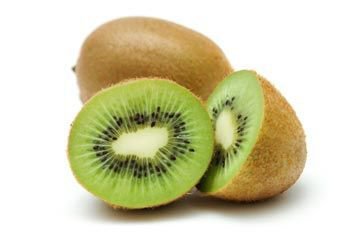 New Zealand's horticulture boom is rolling on, with the sector poised to overtake forestry and become the third most valuable primary industry.

The latest SOPI report (Situation Outlook for Primary Industries) shows farmers, fishers and growers are set to reap the rewards of continued growth in primary sector exports, with revenue tipped to reach $47.9 billion in the year to June 2020.

The quarterly report, published by the Ministry for Primary Industries, shows total export revenue from horticulture is forecast to rise 5.9 per cent to $6.4b, driven by kiwifruit, apples and pears.

With more trees maturing next year, apple and pear exports were set to increase, although yields could be affected by several spring hail storms reported Stuff.co.nz.

"This is the key to the continued growth of the industry."
The country's horticulture boom rolls on, with export revenue forecast to rise 5.9 per cent to $6.4b. For the sector to continue to prosper, it was vital that government policy supported continued growth, he said.

"For example, that the proposed freshwater reforms supporting new fruit growing because of its positive impact on freshwater quality and enabling vegetable growers to rotate their crops."

Andrew Kininmonth, general manager of Hoddys Fruit Company near Nelson, said the report was a good snapshot of the industry but what it meant for individual growers would depend on the mix of apples they grew and the percentage they exported to Asia.

The mood among orchardists had generally been more positive over the past six years but the 2019 selling season had been a "wee reality check" for some.

Kininmonth said drought in Nelson had affected fruit sizes while sluggish European and UK markets and carry-over apple crops in the Northern Hemisphere had added to the challenge.

"Other risks we are facing are having a reliable source or water and the effects of the more extreme or adverse weather events that are occurring."

"The growth in this industry is underpinned by an increase in export prices and rising aquaculture production.

"It's really encouraging to see sustained growth within the seafood sector, with squid and salmon helping lead the way."

O'Connor said the positive overall outlook during a time of change in the primary sectors was a testament to its workers.

"Our nation's farmers and growers produce some of the highest quality food and fibre in the world – and the world knows it.

"They are bringing home record export returns and that's something for them to be really proud of."