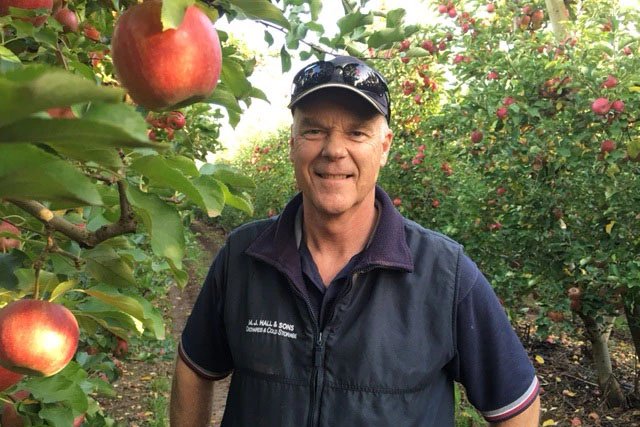 Four family-owned orchard businesses in Victoria's Goulburn Valley are merging into one company with the backing of foreign investment.

A Canadian fund, the Ontario Teachers' Pension Plan, which manages more than $200 billion in assets around the world, has used its Australian subsidiary, AustOn Corporation, to invest in the merged entity — which will be called Pomona Valley.

All are located west of Shepparton at Ardmona, Tatura, Mooroopna and Toolamba and include more than 500 hectares of orchard, water rights, additional land and two packing-house operations.

The size of AustOn's investment has not been disclosed but the deal is subject to Foreign Investment Review Board approval. The new company will be massive.

"It's probably in the top 10 of horticultural fruit-growing businesses in Australia," orchardist Peter Hall said.

He said exports would be at the heart of the Pomona Valley business.

"The world is a big place and it needs a large company to take advantage," he said.

"We think it's a great mix of high-quality, high-class orchards with some patient money from a co-investment with the Ontario Teachers' Pension Plan."The four family businesses are famous names in Goulburn Valley fruit growing and have competed against each other for much of their history.

"Farmers by nature are competitive and these are friendly competitors over the years and it has taken a lot of work," Mr Hall said.

"We've been working on this for about three years."

The fruit deal is not the Canadian pension fund's first foray into Australian agriculture.

Chief executive officer Tim Lee said in a statement that AustOn was proud to be partnering with local farming families and supporting their shared vision for the future of the horticulture sector.

Mr Hall said he was proud to have helped bring the investment to the Shepparton region.

The company will begin operation on July 1 with Rocky Varapodio as general manager.