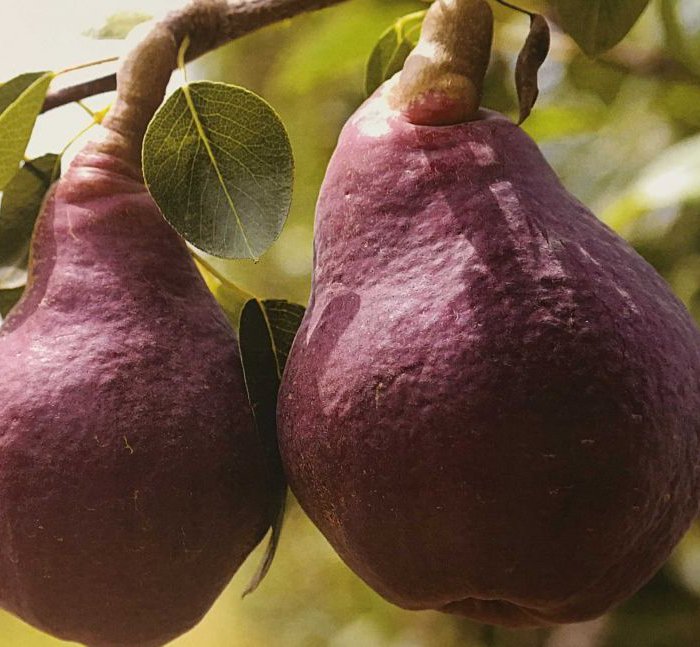 For the Georgopoulos family, a bold new variety of pear is the true fruit of their late son's labour of love.

The Red Sienna Pride, a deep red fruit, was a vision driven by GV Independent Packers co-founder, James Georgopoulos, to shake up the industry.

James died in 2016, aged just 25, but the fruit was the legacy he left behind for his Shepparton-based family.

"James' legacy holds behind this Red Sienna Pride, where he worked quite hard to get a pear that was so different to the old green pear," James' father, Chris Georgopoulos, said.

"He knew as a young farmer when he first came on board we had to rejuvenate the pear industry.

Stand out it does, with the red velvet-coloured pear described as having a distinct stout stem and similar shaping of a Packham pear.

The Red Sienna Pride, pioneered by James Georgopoulos, was named for his daughter Sienna.

James' work began when he stumbled across a red pear variety and teamed with a nursery to develop his vision.

It was an exciting time in James' life, announcing at Christmas, 2014, that he and his partner were expecting their first child.

A short time later while holidaying in Yarrawonga, he noticed a pain in his side.

He was soon diagnosed with stage four bowel cancer.

James welcomed his beloved daughter, Sienna, into the world in July 2015, and was able to spend eight months with her before passing away in March, 2016.

Throughout those months, his mission to develop the pear remained.

"He wasn't concentrating too much on the farm, but he was actually concentrating on developing this red pear with the nurseries," Mr Georgopoulos said.
The Red Sienna Pride name paid tribute to both James' daughter and his work in developing the variety.

The first commercial crop was harvested last year, and the family is now looking at increasing that production for the next two or three years, with planting underway of 150,000 trees for the upcoming season.

They have signed an exclusivity agreement with Coles, and said there is huge potential in the export market, where 30 per cent of their produce already goes and networks with foreign supermarkets have been built.

"We gave them some samples this year and they were absolutely astounded with the quality and the colour so the potential is looking really good," Chris said.

"We just want to continue his legacy, it is the most important part of our business."