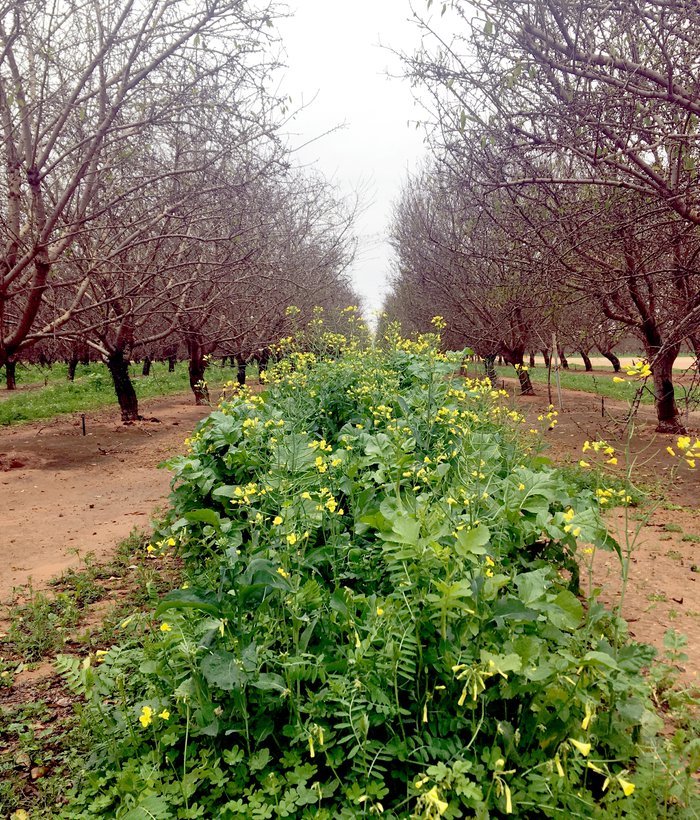 For several years now S&W Seed Company Australia has been working with key operators within the almond industry on developing a tailored seed blend to help almond producers, and apiarists alike.

Australia now is the second-largest producer of almonds in the world, and all of this would not be possible without pollination from bees. Almond crops are heavily dependant on pollination by bees for yield, and in a season over 200,000 hives across Australia are rented by the producers.

Much of the almond production in Australia takes place in areas that are often very barren and dry, apart from the available irrigation water for the almonds. Prior to the almond crop flowering, many orchards are devoid of floral resources for bee forage and this poses a significant problem.

Bees will be introduced into an almond orchard before flowering but will struggle to find pollen until the almonds come into season. In partnership with Almond Growers Australia some years ago, the question was put to S&W Seed Company to establish what could be sown in the interrow by growers to potentially help ‘feed the bees’ before the almond season.

Creating a solution to this problem required some creativity due to the limitations of the harvesting process and short turnaround time to flowering for the almonds. The typical flowering period is early August, which for most temperate species is very early in the season to flower.

Added to this challenge, the almond harvesting only finishes in late March/Early April, and nothing can be sown until it is completed. Some orchards are also growing the interrow crop purely by natural rainfall, and therefore are dependant on autumn rain to get seeds established. With all this in mind, a blend known as the SOWsmart ‘Pollinator’ blend was developed and has been utilised now over the past four seasons by many growers.

The five seed components of Pollinator all share a few specific traits; fast to establish out of the ground, quick biomass production, and early maturity to flowering. A mix of the following five varieties was put together (listed in order of maturity); Bee Ready Brassica, Samurai White Mustard, Smart Radish, Presto Vetch, and White Cloud Crimson Clover. If the mix is sown before the end of May, it should be flowering by mid-July and then have an extended flowering period through to October with good growing conditions.

The blend has been rolled out initially to growers just to test but has now been taken up and the principal utilised by other tree crops such as macadamias. The five species selected are a diverse mix that provides other soil health opportunities as well, such as nitrogen fixation from the legume components, and increased water infiltration due to root growth from the bulb-producing species. All of the blends can easily be terminated post-flowering by slashing, or broad-spectrum herbicide – and if there is an opportunity for grazing they are all palatable to livestock.

Further work is being conducted on quantifying the advantages of these extra crop floral resources by Lea Hannah, a Ph.D. candidate at Western Sydney University. Ms Hannah was recently the recipient of a Max Day scholarship by the Australian Academy of Science for her project ‘Harnessing next-generation DNA sequencing to explore whether honeybees providing crop pollination services benefit from floral resource plantings’.

Pollinator continues to be popular with growers who have utilised it so far with many of the apiarists providing hives to orchards encouraging the option of sowing the specialised blend. S&W Seed Company Australia is committed to developing specific seed solutions like Pollinator to Australian growers and will work closely with Ms. Hannah to make sure the maximum benefits are being delivered to producers and bees alike.

Written by Rehn Freebairn a territory manager at S&W Seed Company Australia where he has been heavily involved with the selection, management and implementation of floral resources to aid pollination-dependent tree crop industries.