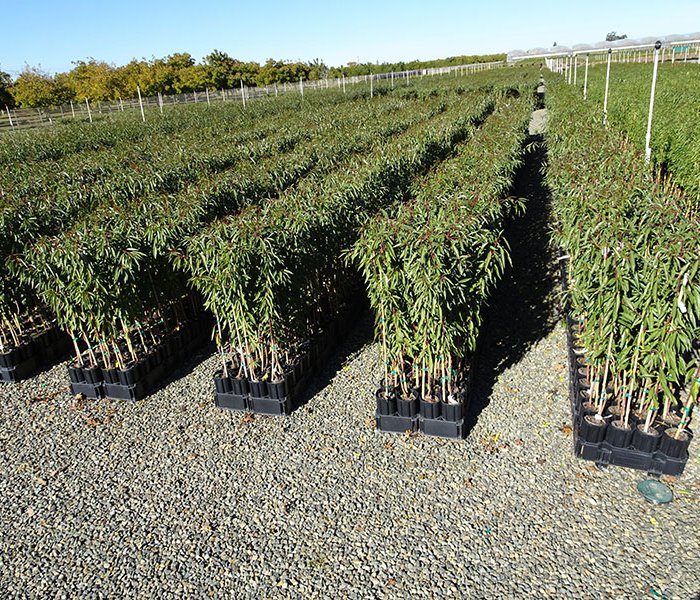 Ten years ago, horticultural supply company, Blackmore, located in Michigan USA, and Ellepot began development of the Jumbo Ellepot concept. The idea was to develop an Ellepot that could grow and finish a tree ready for direct transplant into the field.

Ellepot engineers in Denmark developed a machine that produces large Ellepots, but a tray was needed to finish a container tree that has an unrestricted root structure.

The tray had to meet strict design features, notably free air flow around the Ellepot for maximum root pruning and subsequent secondary root formation, giving the tree the best possible start in the field.

Blackmore–Ellepot USA collaborated with Proptek, which is a specialist US based propagation tray manufacturer to develop the AIR-Tray. With input by Sierra Gold Nurseries located in California, the trio produced and injection moulded tray that maximised the benefits of an Ellepot.

The tray provided root pruning and good air penetration of the root zone, which is a major factor contributing to a 25% reduction of time to produce a finished tree when compared to a tree grown in a poly planter bag or plastic pot.

Proptec, based in Redland Bay, Queensland has been working with Blackmore–Ellepot USA for over 15 years. Initially Proptec produced smaller Ellepots for Highsun Express and other nurseries in Queensland and NSW.

During this time Proptec managing director Brad Skinner saw the progress in the use of 80mm, 100mm and 120mm Ellepots in the USA.

He imported a H301 Ellepot machine three years ago and began to trial the pots in his nursery. “Proptec now has machines to produce every size Ellepot from 15mm to 120mm diameter pots,” Mr Skinner said.

“After initial trialling of 100mm and 120mm pots with ornamental and fruit and nut nurseries, success and subsequent acceptance of Jumbo Ellepots has been very encouraging and has necessitated the need to build to a new production and warehouse facility,” he said.

“A new Logitec, soil mixing line with capacity to make 15 cubic metres of media per hour can keep ten Ellepot machines at full capacity in the new facility as well as produce bulk bags of potting mix sold under the TopMix brand.” 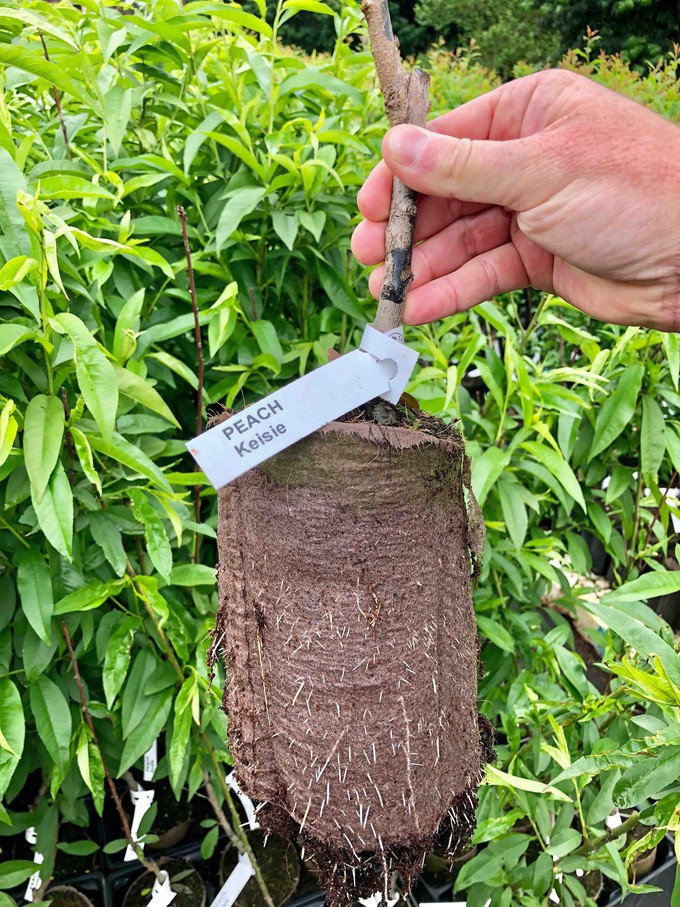 Proptec has worked with many varied nurseries to develop custom potting mixes that are programmed into the Logitec line. “We can produce uniform propriety blends batch after batch,” Mr Skinner said. “This enables the nursery to produce consistent uniform trees for the grower, improving establishment rates and uniformity of the orchard.

“Another benefit we are seeing in the US, is Ellepots have the ability to transplant at times other than winter and spring when compared to bare root trees. Growers there can plant their orchards at two or three different times during the year which will transform things radically.

“There are also benefits to be gained by using Ellepots over plastic planter bags or pots in that you no longer need to cut away the bags or recover pots and dispose of them,” Mr Skinner said.

“Weather conditions can impact the nurseries’ ability to dig and ship the trees. Growing in Ellepots negates this and offers flexibility to plant earlier in any season due to the actively growing roots.

“When pulling similar aged trees from a plastic pot, the root ball is likely to fall apart. On the other hand, trees in an Ellepot can be held longer at a better quality than trees in a planter bag or pot,” he said. “This is due to the root pruning characteristics and the ability to continue to produce new roots without detrimental root wrapping.”

An associated spin off with this new technology is improved handling efficiencies in the planting and grafting of the trees as well as the moving and locating of trays within the nursery.

When using injection moulded Proptek trays, customised pot forks mounted on a forklift can be used to carry 144 trees to the growing area. Wire racks have also been developed for the cheaper vacuum formed Air-Trays. They are carried by forklift and placed in the nursery to be free-standing in a raised position off the ground for disease prevention, replacing expensive benching.

“It is still early days in the transfer of this transformative production system to Australian nurseries, but we are very enthusiastic and convinced that within five years, larger nurseries will have their own customised machinery to produce container grown trees in Ellepots Mr Skinner said.

“The benefits to nurseries and growers alike are too numerous to ignore.”