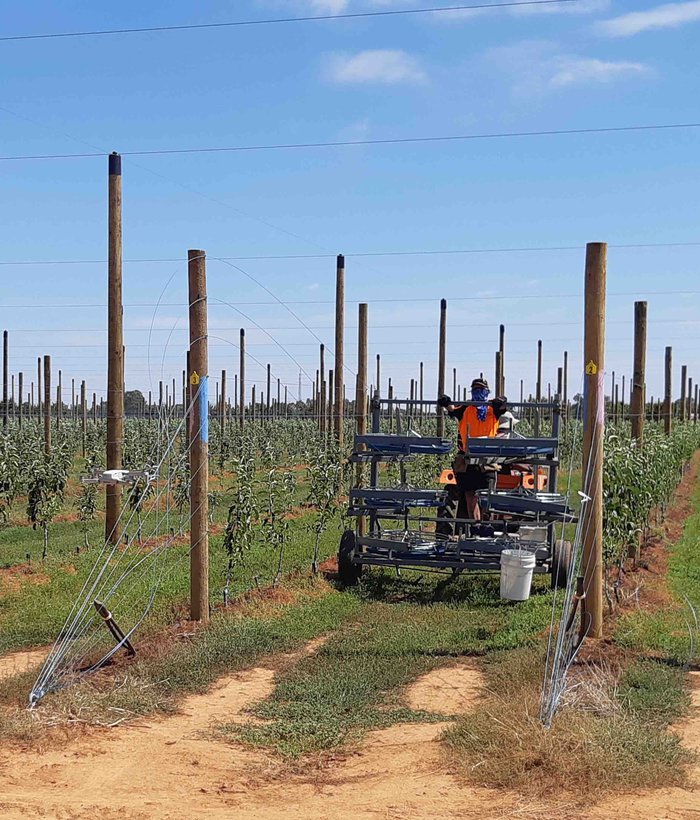 When Rod and Nicole Davidson of Davidson Engineering invented Davo’s Fencing Clip, they had no idea how useful that bent piece of wire would be.

Invented to make fencing on their small cattle property easier, the Davo’s Fencing Clip is now being used around the world in trellised horticulture.

Mr Davidson showed the clip to his uncle Henry Hilton of Snowline Fruits, Stanley Victoria in 2017. His response was full of enthusiasm, and he has been using the clips ever since. “It’s fantastic,” said Mr Hilton. “It is so much easier to get in through the foliage without damaging the fruit or the trees when doing repairs.”

In 2019 Hansen Orchards discovered the product and were delighted to use the clips on their new developments in southern Tasmania. 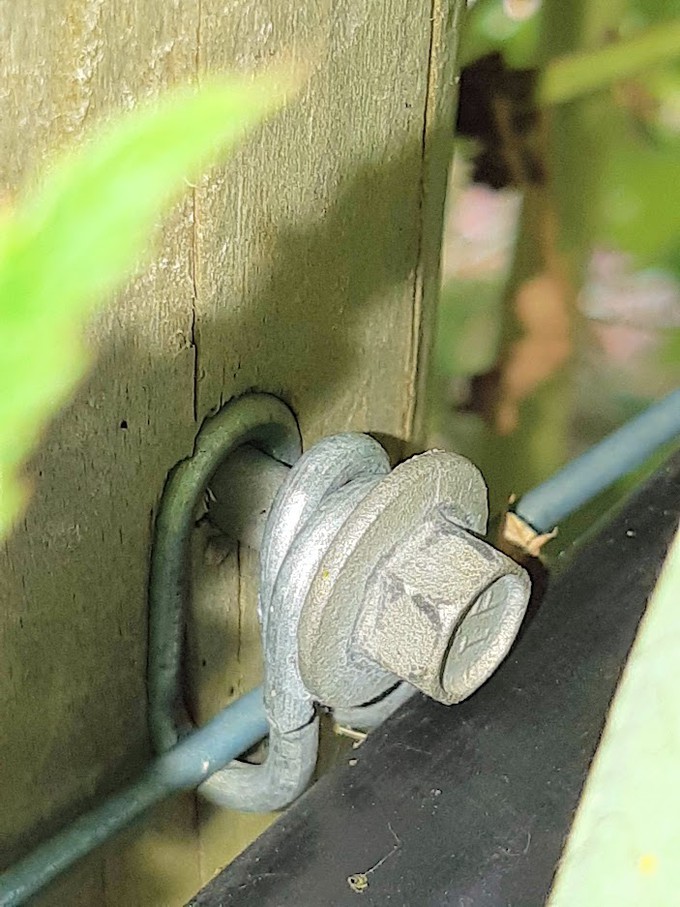 The list of fruits grown with the help of Davo’s Fencing Clips is continually growing. From grapes to apples and pears, peach and nectarine, raspberries, blackberries and loganberries in the southern states, to a wide variety of tropical fruits in Far North Queensland, including Jackfruits and hydroponic passionfruit. Not to mention grapes, apples and blueberries in the USA and Canada.

Jason Shields of Plunkett Orchards at Shepparton said the traditional system of fixing trellis wires to wooden posts was prone to failure because of the large ‘sail effect’ of the trees in windy weather.

“We had to put an extra tie wire around the post to hold things in place which was a huge labour cost. Changing over to Davo’s Fencing Clips was a no brainer,” Mr Shields said.

Davo’s Fencing Clips are available at selected rural merchandise stores around the country, but direct orders are also welcome.