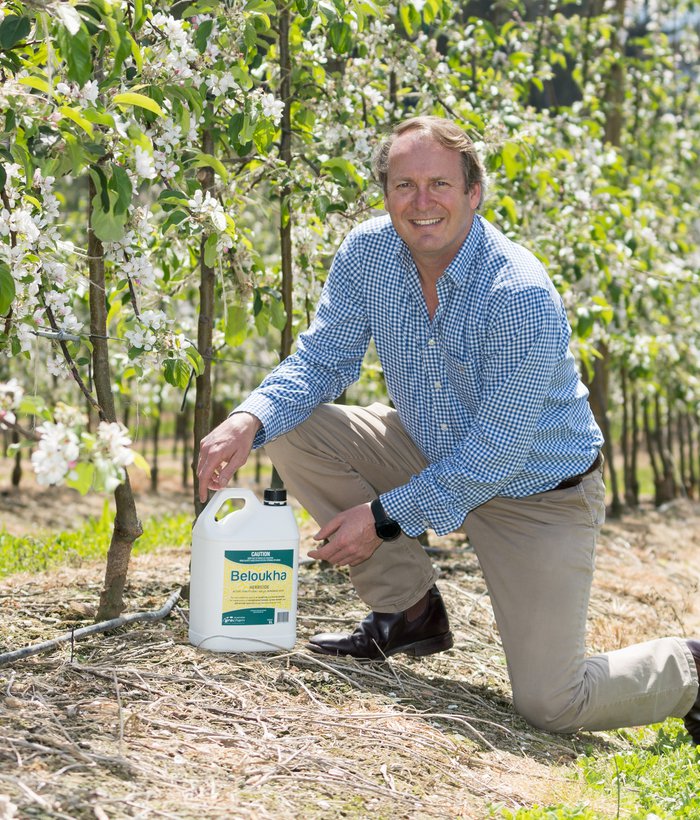 Grochem Australia has launched a new non-selective, organic herbicide in what it describes as a major breakthrough for the horticulture sector.

The new herbicide has organic certification from NASAA – the National Association for Sustainable Agriculture Australia.

“It works best on a host of seedling and young annual and perennial weeds such as blue top, capeweed, clover, couch grass, fat hen, nutgrass, potato weed and sowthistle.

“Even better, Beloukha has the highest loading of nonanoic acid on the market, which means lower use rates per hectare, fewer drums and more efficient storage and transport.”

Mr Coombe said Beloukha is fast-acting, with visible effects on green plant tissue within hours of application. “This contact herbicide attacks and destroys the cell membranes of the plant epidermis, causing rapid burndown of both annual and perennial broadleaf and grass weeds,” he said.

“For the best results, we recommend flexible rates of 6–8 L/ha mixed in 200 to 300 litres of water per hectare when young weeds are most susceptible at the 4–8 leaf stage.”

Even though Beloukha is tough on weeds, Mr Coombe said it is biodegradable, breaking down into carbon dioxide and water.

“We see Beloukha earning a key role for band spraying in orchards and vineyards; fallow weed control; for general purpose weed control in paths; driveways and around sheds; gardens; ornamentals and nursery stock; as well as for spot spraying in lawns and turf,” Mr Coombe said.

This latest addition to the Grochem Australia range is available in 1L, 5L, 20L, 200L and 1000L containers.