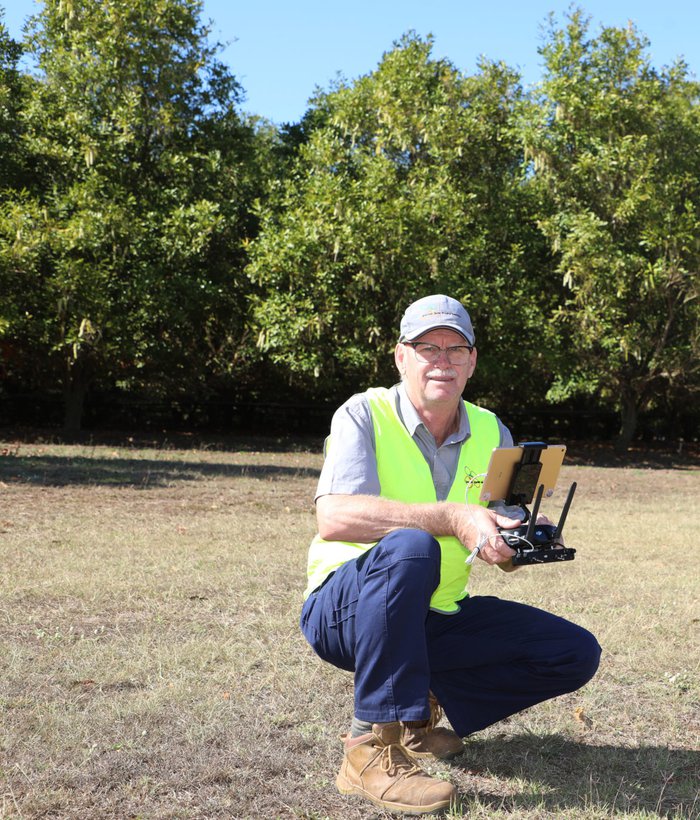 Bellamish Aerial Imaging Solutions can tell farmers how their crop is performing with the press of a button, sending a thermal imaging drone whirring across fields.

Recently launching his business, owner Craig Corpe said he could provide farmers with an overview of crop health with relative ease.

His drone has an imager with five cameras which records five specific bands of the light spectrum.

“We upload those images into specific software and algorithms are run,” said Mr Corpe.

“By selecting a variety of those spectral bands, we're able to calculate crop health, and a series of crop indices, as they're called, to tell us where the crop is at from a health point of view, early stage growth and we can also detect weeds in in the crops.”

Mr Corpe recently identified a section of stressed trees on a local citrus farm allowing the grower to revive them before their health declined beyond repair.

“We actually isolated 11 trees where we felt the watering system wasn't working, they were very stressed trees.

“So we can find the stress level of trees based on the chlorophyll output.

“Pests within the trees will come back with a different intensity, a different light, so that we can see where they are at.

“But generally, crop health is the big thing that we're getting using a red edge camera.”

When combining Bellamish Aerial Imaging Solutions with other smart technology Mr Corpe said it can provide benefits for broadacre crops.

“Not only can we get crop health, but we can also feed in and request information based on the levels of health.

“And we'll get what looks like a topographic map, but it's a fertiliser map and that then can be loaded into their tractors.

“Then they will self-automate how much fertiliser is required on the less healthy areas.

“It'll spread more fertiliser, and as it runs into a healthier area, it may even choose to put no fertiliser on.

“So instead of them saying yeah, I need to spread 100 kilos per hectare, some parts might be higher than that in other parts way less than that.

“The amount of fertiliser required is put where it's needed.”