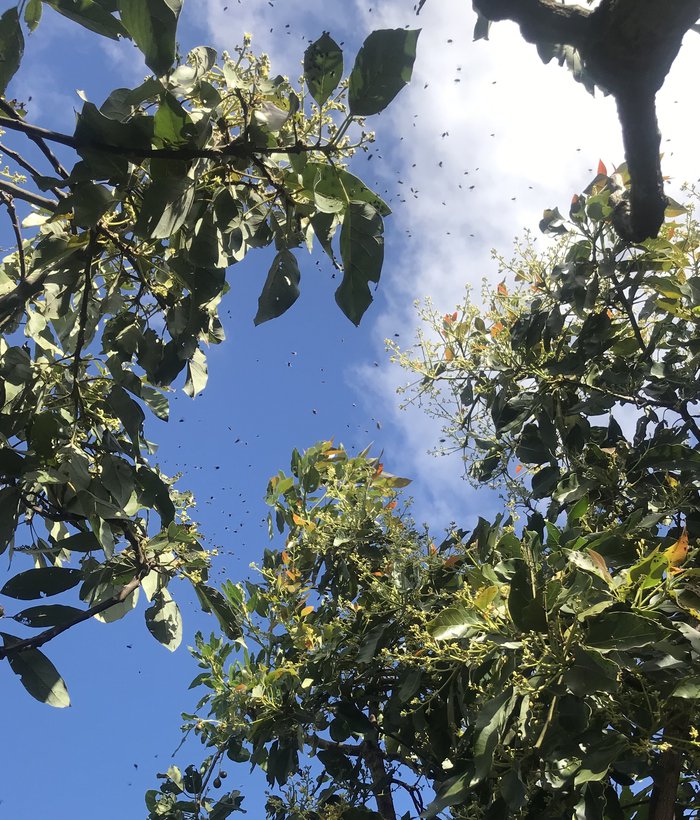 With pollination-dependant crops in Australia worth almost $6 billion per year, research and development into new and effective means of controlled pollination is vital.

With an estimated 10,000 honeybee hives (each containing over 45,000 bees) destroyed during the recent bushfires, a Queensland start-up is taking matters into its own hands with the launch of ‘FlyGro’.

Identifying the important research and role of flies in orchards, product developer, James Wheildon maintains the humble fly can be just as important as bees for pollination in sustainable crop production.

Mr Wheildon said flies made ideal pollinators because they presented year-round, regularly visited flowers seeking sugar from the nectar, and their bodies easily picked up pollen.

“The importance of flies in a world of declining bees, cannot be underestimated, and played a significant role in ensuring FlyGro came to fruition.

“Flies are well known to be just as efficient pollinators as bees, but are simply not as abundant.”

“With the help of a local manufacturer, a small commercial run of FlyGro was developed using formulated fly meal ‘patties’ to achieve increased maggot and breed numbers.

“Tests were then conducted to determine strategic placement of the patties.

“After fairly exhaustive efforts, we establish the product was most effective when placed between every sixth tree and within every third row,” Mr Wheildon said.

“We know that flies are energetic and will travel reasonable distances up and down rows of crops, but numbers are the key to a successful introduction of the species.

“Attracting them is the key. They need an environmental stimulus to breed on, that will carry through to the larval stage.”

FlyGro is designed to attract and breed up flies for pollination, and comes in a dry formula which can be mixed with water on a 1/1 ratio and left to soak for 24-36 hours.

Mix can be place in field in patties or containers, attracting flies and offering the perfect breeding environment.

Mr Wheildon said FlyGro was best applied eight weeks prior to flowering before doubling of application four weeks prior to fruiting, allowing time for between three and four full life cycles of flies, which each fly laying between 750-900 eggs over five to six batches.

FlyGro can be applied by either of two methods.

The first is a simple patty meal placed under sprinklers or dripper lines to ensure moisture content is maintained while the second involves containers or drums containing specified water levels, delivering a stable fluid balance for the FlyGro meal.

The initiative dovetails into current research involving some of the nations’ leading researchers into fly pollination.

“Bees perform a great service, “ said Mr Wheildon, “flies however, offer multiple benefits as pollinators and different species are present all year round, they can be mass-reared and they don’t sting workers.”