Using ‘directed evolution’ to develop a natural tool against Varroa 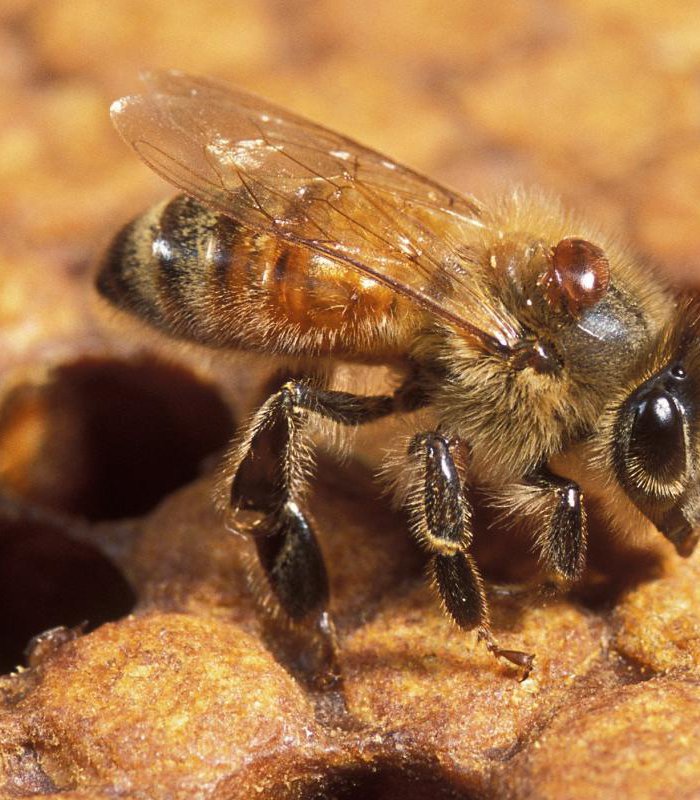 A team of scientists from West Coast USA thinks it has developed a chemical-free way of neutralising Varroa mites, which are largely blamed for honeybee die-offs that decimate up to half of hives in the US each year.

Washington State University entomologists joined forces with an Olympia, Washington-based business and others in a two-year effort to breed a strain of Metarhizium, a common beneficial fungus found in soils, to work against the mites.

Metarhizium anisopliae has been used for decades to combat numerous soil-dwelling pests around the world, including the sugarbeet root maggot and the Japanese beetle, according to the USDA’s Agricultural Research Service. But it doesn’t survive in higher temperatures.

So post-doctoral researcher Jennifer Han and the other scientists used “directed evolution” to develop a strain that could survive in hives that typically get as hot as 35 degrees celsius, said Steve Sheppard, professor in WSU’s Department of Entomology. Mr Sheppard was a corresponding author of the paper on the research published this month in Scientific Reports.

"Importantly, in an era of declining honey bee health, the strains of Metarhizium created in these experiments were able to control Varroa mites and may provide beekeepers with an alternative to chemical acaricides," the scientists wrote. "Additionally, it is possible that the methods presented here could be applied to fungi or other biocontrol agents targeting other arthropod pests."

The team’s next tasks will be to develop delivery methods for beekeepers to apply the fungus in hives and get approval from the US EPA to use it in agriculture, according to the university.

Varroa mites feed on honeybees, weakening their immune systems and making them more susceptible to viruses, the scientists explain. The mites are considered a major cause of colony collapse disorder, an annual phenomenon in which beekeepers have lost nearly half their hives in some winters.

WSU scientists say Metarhizium is like a mold, not a mushroom. When its spores land on a Varroa mite, they germinate, drill into the mite and proliferate, killing it from the inside out, the university explains. The fungus won’t harm bees, which have a high immunity to the spores.

Ms Han took fungal spores from dead mites and selected for virulence, creating a strain that survives at the higher temperatures, Mr Sheppard said. She and assistant research professors Nicholas Naeger and Brandon Hopkins screened more than 27,000 mites for levels of infection to get the new strain.

“It was two solid years of work, plus some preliminary effort,” Ms Han said. “We did real-world testing to make sure it would work in the field, not just in a lab.”

The team also worked with Paul Stamets, co-owner and founder of Olympia-based business Fungi Perfecti, who previously helped the university in a research project that used mycelium extract to reduce virus levels in honeybees.

The projects will provide beekeepers with natural alternatives to chemical treatments, such as miticides, for which the pests are starting to develop a resistance, the scientists wrote.