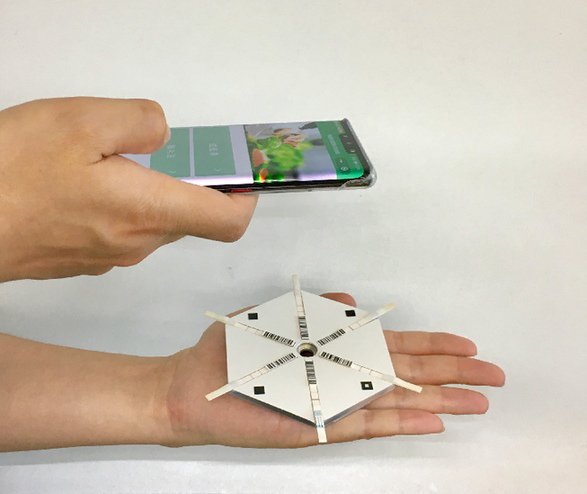 The Chinese Academy of Agricultural Sciences (CAAS) has announced a new breakthroughs in rapid detection of pesticide residues. By taking pictures via a WeChat mini program, one can complete the detecting process of multiple pesticide residues in five minutes, with the results directly displayed on the mobile phone and the data uploaded and shared in real time.

Wang Jing, leader of the research team, pointed out that the fast detection speed, simultaneous detection of multiple targets, high degree of intelligence, convenient data collection and good system compatibility all make it a highly sought-after technology. Such tools are suitable for rapid screening by government supervision as well as for enterprises and consumers.

"What we launched is a test package, which includes test strips and a multi-channel small tray with test strips. To detect six pesticide residues, there are six to eight channels available on the tray," explained Wang.

"Consumers can download our WeChat app when using it and to take photos of the test strip as soon as the color appears on it." For consumers, only positive or negative are displayed on the mobile phone while for the producers an additional item is required, which is to show whether the standard is exceeded or not according to the residue limit.

The team has developed colloidal gold paper strips for rapid tests of pesticides including imidacloprid, carbofuran, tebuconazole, acetamiprid, procymidone, chlorpyrifos and carbendazim. It also adopted barcodes to identify each test strip, standardised the processing parameters of test paper strips, and developed a multi-channel test strip mounting platform that can be used for image recognition, of which the latter two have been patented.

The test can be applied on all mainstream brand smartphones on the market.