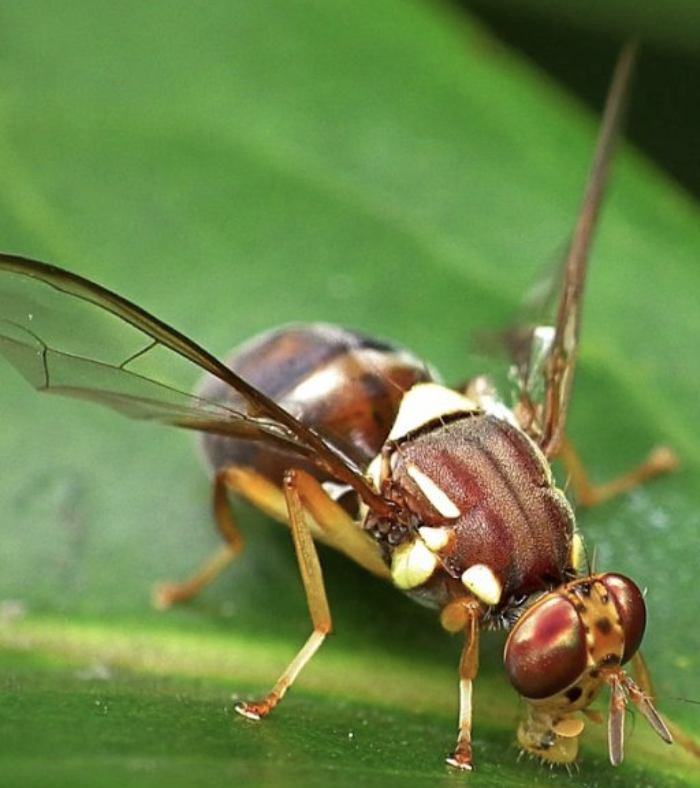 Auckland's fruit fly response has come in just under budget, at nearly $18 million. With just 14 flies caught, that's just under $1.3m per fly!

It's the largest fruit fly operation ever — as it's likely to be more expensive than the similar-length 2015 Queensland fruit fly response in the Grey Lynn area, which cost $15.7 million.

But, horticulture industry leaders say, if the pest established itself here the New Zealand economy would lose billions.

The first was found in Devonport on February 14 last year. A further 11 were found in Northcote between February and July. There have been no further sightings.

Elsewhere, three Facialis Fruit Flies, which came from Tonga, were found in Ōtara in traps between February and March.

Biosecurity New Zealand spokeswoman Dr Catherine Duthie says within the next week the final trap checks will be done.

There are just over 1300 fruit fly traps across Auckland to check, with 162 in the specific response Controlled Area in Northcote.

"If we don't find anything in that check, we'll be wrapping up the response soon afterwards," she said.

If the Queensland fruit fly established itself on our shores it would jeopardise a horticulture industry worth $5 to $6 billion a year in domestic sales and exports.

Some 80 per cent of New Zealand's horticulture crops are susceptible to attack by the pest, including the kiwifruit industry — which is worth about $2 billion a year.

Fruits and vegetables the fly attacks would be inedible and everything would become subject to trade conditions.

"Countries like China and some parts of Europe where they don't have it have export restrictions because of that," Hutchings said.

The Queensland Fruit Fly response in Auckland has been enormous but the Ministry for Primary Industries has been well-prepared. There's been a dedicated system in place since the 1970s and MPI currently has more than 7600 traps set country-wide.

Most traps are placed near airports, seaports, and densely populated areas where flies would most likely enter the country.

"Fruit fly response is something that we, as a ministry, are very good at," Dr Duthie said. "Our surveillance system is world class. We can detect these flies at a very low level — as little as one fly in the environment. And that's why we have these responses reasonably frequently."

The operation has been jointly funded by the horticulture industry and Biosecurity New Zealand under the Government Industry Agreement.

Duthie is praising the public's co-operation. "It wouldn't have been nearly as easy without the support they've given us.

"Everybody's been really good with complying with the restrictions and they've been imposed on them for a long time now."