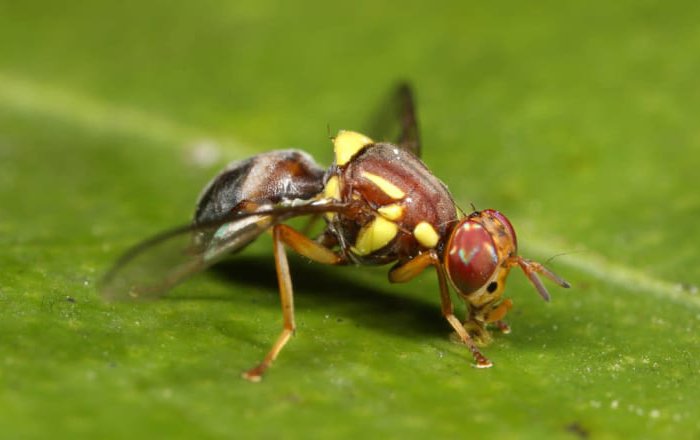 Two million sterile Queensland fruit flies will be released near Cobram in an attempt to manage pest populations.

“The release of the sterile flies is part of a multi-pronged strategy that includes surveillance trapping, baiting, removal of unwanted or unmanaged host trees, and an extensive community awareness and education campaign.”

The release of the fruit flies is part of the SITPlus pilot program which will take place until April next year.

This is the first time the trials have moved to Victoria and NSW, after the flies were successfully released in South Australia in the past year.

“The pilot is establishing the basis for effective urban suppression to help fruit growers in the Cobram region.

The Queensland fruit flies will be dropped weekly from a customised aircraft and their movement will be monitored by scientists.

The sterile flies are grown to the pupal stage in Port Augusta, then sterilised at Netley before being shipped to the Victorian rear-out facility in Tatura where the sterile adult flies are conditioned before release.