2022 shaping up as a major fruit fly season 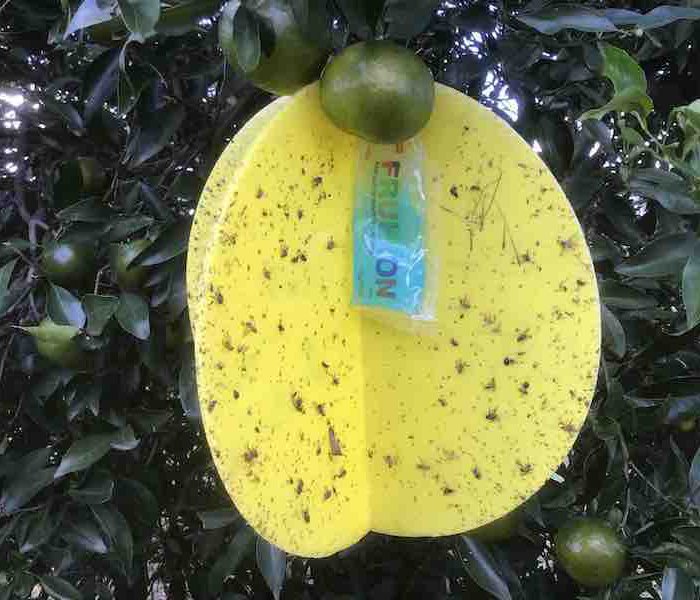 With the official onset of La Niña bringing a big wet to Australia, and particularly the east coast, larger than normal fruit fly populations will develop, including incursions into new production areas.

Along the east coast of Australia, our major fruit fly pest species belong to the genus Bactrocera. This group of species evolved in the tropics and sub-tropics, where their native habitat is the rainforest. Consequently, pest species such as Queensland fruit fly thrive in our warm wet summers and, with the current forecasts, will become a major problem this spring–summer season.

In some jurisdictions, government-funded groups play an important role in carrying out fruit fly population suppression programs. However, for best results, all growers should take responsibility for their own pest management strategies wherever possible. If management strategies are implemented correctly, crop losses will be kept to a minimum.

While protein bait sprays are important in taking out the immature female fruit flies seeking protein, we have not had an answer until now to the incursions of mature egg-laying females. This gap has now been filled. The Fruition Nova Fruit Fly Trap, when combined with Fruition Natflav 500 protein bait applications in high fruit fly pressure situations, provides a high level of security for growers’ crops.

The Fruition Nova trap technology is a world first and demonstrated as essential for growers.

Until this time, we have never had a trap for the cucumber fly, Bactrocera cucumis (French). Fruition Nova is not only the first but also an outstanding trap to combat this major pest species. In South East Queensland, some traps in pumpkin plantations have trapped 500-1000 flies in a week!

Written by Dr Dick Drew - a fruit fly expert and the inventor of the Fruition Nova lure and trap, which was developed in collaboration with Griffith University in Queensland and AgNova Technologies.