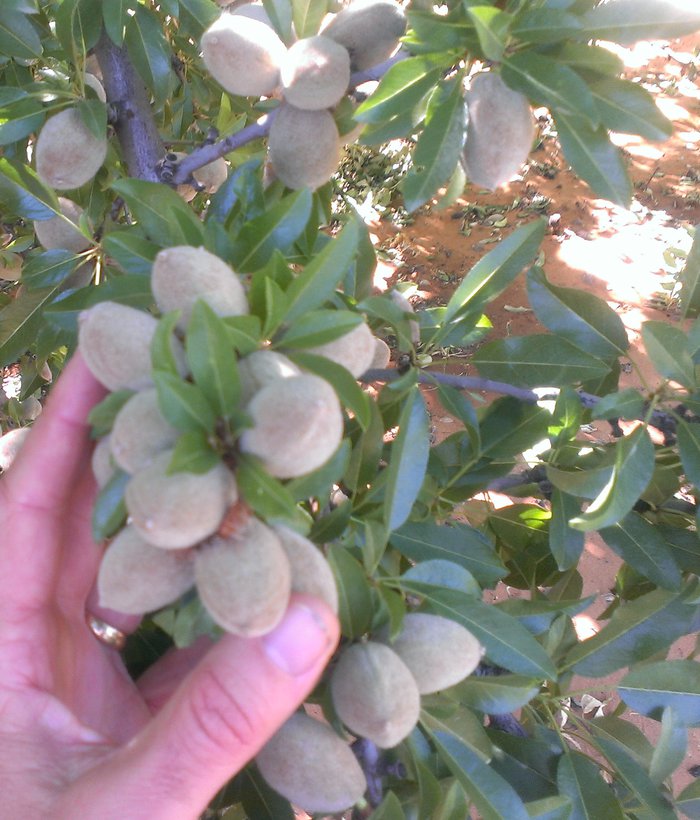 Wider restrictions on the use of some traditional fungicides for almond growers in recent times is shining a light on newer fungicides that also provide benefits around handling and compatibility with other products, as well as for management of beneficial insect species.

Two products increasingly finding a home in growers’ fungicide programs for the major diseases of almond crops are Custodia and Solaris fungicides from Adama Australia.

Horticulture agronomist Steve Lehmann, who has spent most of his life in South Australia’s Riverland region based at Loxton, including the last 14 years with Elders, said propiconazole and mancozeb, the latter which had been part of the staple fungicide against diseases from October to December annually, were some of the latest products to come under further restrictions.

He said growers are encouraged to check with their buyers as some products are no longer permitted to be used in almonds for some markets.

He said the wider product restrictions and particularly excellent disease control results had sparked a dramatic rise in sales of Custodia fungicide in the almond industry, while similar results with Solaris and its significantly improved affordability also had generated a sales spike for that product.

Mr Wardle said blossom blight previously was one of the major diseases to target in almonds, however newer fungicides had provided improved control and hull rot had since become ‘enemy number one’ for growers. Shot-hole and rust diseases also needed to be kept in-check.

Mr Lehmann, who for many years has also worked closely with Matt Ward, who is based at Barmera with Elders, and today covers an area from Waikerie to north of Renmark, said growers had to combat all diseases during most seasons.

“You start seeing shot-hole sites about mid-season and it can run riot without treatment,’’ Mr Lehmann said. “We want the leaf there to feed the tree and the nut, so we don’t like to see it.’’

He said it was important to control all of the diseases, but hull rot at the end of seasons presented some of the bigger challenges. “We are now seeing almond blocks that are 15 to 20-years-old and those blocks have more wood structure and bigger trees, leading to more hull rot issues.

“With hull rot, you can also run into shoot dieback. If it rains in January, you’re going to need to spray. If the disease is bad, you also need to look at block hygiene, which can include reducing shading, carrying out re-shakes and picking stuff up off the ground.’’

Highly compatible with other common fungicides and insecticides, Custodia’s systemic and translaminar activity rapidly penetrates leaf tissue to reach the site of infection and/or protect new growth after application.

“Solaris, an easy-to-handle emulsifiable concentrate formulation, contains cyprodinil (Group 9), the only mode of action of its kind for use in almonds that assists with resistance management,” Mr Wardle said.

“Cyprodinil is a systemic compound that is taken up into the cuticle and waxy layers of leaves and fruit and is locally redistributed. Solaris is highly active against brown rot/blossom blight, rust and shot-hole.”

Mr Wardle said the fungicides were suited to different spray timings within almond disease management programs, with Solaris applied around flowering and after flowering, while Custodia was generally applied later in programs, also to help combat hull rot.

He said trial results and encouraging grower experiences had underpinned Custodia’s increased use against almond diseases.

Mr Lehmann said he had undertaken some earlier trial work with Custodia for a grower who, at the time, was tackling some disease issues.

He said while the particular season featured a dry spring and, hence, conditions not conducive to disease, Custodia had achieved excellent results, with “very clean’’ trees.

“Custodia’s uptake has been increasing, it’s a pretty compatible product for mixing in other foliar sprays and with both actives in the one drum, it’s a way better product to put out. Both actives by themselves are good, but mixed together, you get a better chance to control these diseases.’’

“We don’t want to use all the good chemistry upfront.’’

He said a typical fungicide program in almonds throughout the region could include winter oil and copper before pink bud and copper applied again at pink bud, and then, when foliage commences, an application of Solaris to target shot-hole and brown rot/blossom blight, followed by Luna Sensation and then Custodia, targeting similar diseases, and then a hull rot spray at hull split.

Water rates used with the spray applications depended upon the size of trees, although Mr Lehmann said the aim always was to achieve good coverage, even with systemic products.

“Now, with ‘air-o-fan’ type sprayers as well, with their better air displacement, you can get droplets where they need to go. To control hull rot, you want water rates right up to penetrate into the nut.’’

Mr Wardle said the integrated pest management (IPM) profile of both Custodia and Solaris fungicides, particularly their soft activity on bee populations, was a major plus.

“Almonds require pollination from bees to produce and corporate growers have arranged contracts with beekeepers to have hives nearby, so they don’t want to knock them around,’’ Mr Wardle said. “There have been populations that have been completely wiped out by products that get used in other crops.’’

Mr Lehmann said growers had to be aware of the effects of different fungicides on bee populations if they were planning early sprays while trees were still flowering.

“I even like to see lady beetles in almonds. We often see green peach aphid and if the lady beetles are in high enough numbers, they can help to control them.’’

In addition to almond enterprises throughout the region, Mr Lehmann also supports citrus and grape growers where sales of both new fungicides were climbing annually.