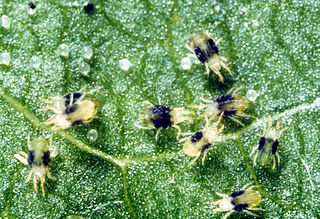 The Australian Pesticides and Veterinary Medicines Authority (APVMA) has approved the use of BASF’s new Danisaraba miticide in almond orchards and a variety of fruit and fruiting vegetable crops.

With Danisaraba, BASF introduces a new class of chemistry to Australian growers, the beta-ketonitriles, with a novel mode of action, classified as Group 25 A. The miticide’s disruption of energy production specifically targets web-spinning mites, commonly known as spider mites, a species that can cause severe crop damage if their population numbers are not controlled.

Danisaraba is effective against five key spider mite species at all life stages from eggs to adults, so it can be applied early in an infestation to stop the build-up in numbers.

Danisaraba has minimal impact on beneficial insect species and can complement the release of predatory mites and wasps that also help keep mite numbers down.

“Danisaraba is a great choice as the first miticide growers use in each registered crop,” said Serge Usatov, BASF horticulture portfolio manager. “Early application will give them the full advantage of its impact on every life stage to shut down infestations before they cause significant damage. With the new mode of action, resistance won’t compromise the initial control. And the early intervention will keep numbers down to a level the beneficial species can manage.”

Mr Usatov said Danisaraba’s release comes at a great time for growers. “This launch comes at a great time to help growers get full value from their IPM programs, re-establish the highest levels of control, and maintain the long-term usefulness of miticides that are becoming less effective than they used to be.”