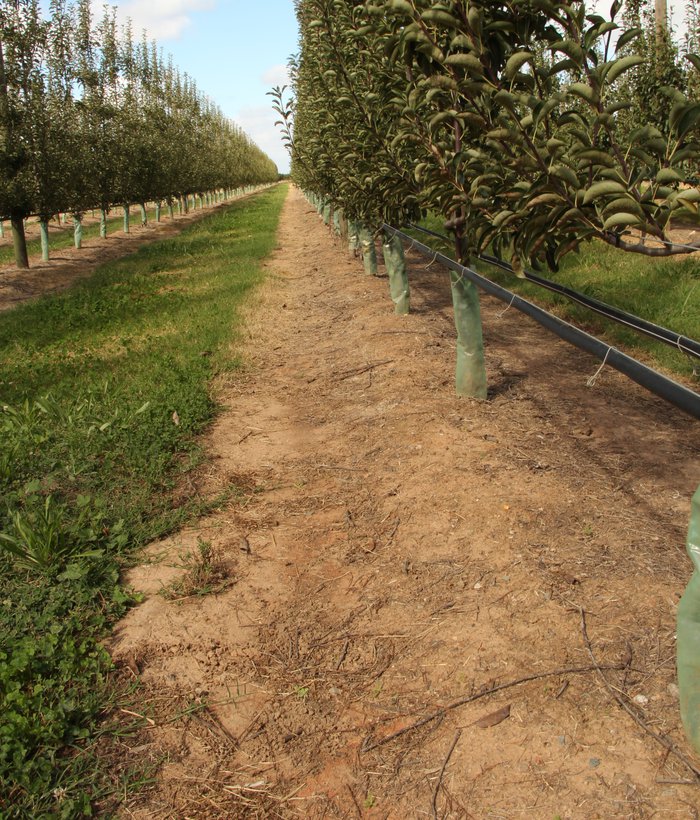 One of the issues common with all orchardists is managing weeds in the orchard. Not only do they deprive the trees of water and nutrients, but they are also host to a number of insect pests which can attack the fruit throughout the growing cycle.

Farm manager for Rullo Orchards in Shepparton Ross Redrop looks after 100 hectares of tree crops. Rullo Orchards specialises in pears and plums but also grow other crops such as apricots and nectarines.

Mr Redrop’s usual management program was to attack the weeds – the main culprit being mallow, with knockdown herbicides throughout the growing season.

This approach required returning to spray the weeds five times in a season. Not only was this time and labour intensive but also used more water to mix with the herbicide and extra machinery in the orchard which can lead to soil compaction.

Three years ago, Mr Redrop discovered Chateau herbicide from Sumitomo, which provided him with an economic option for controlling hard-to-kill-weeds without the need for repeated spraying operations during the growing season.

Chateau is a broad spectrum, long lasting herbicide which controls key broadleaf and grass weeds, including fleabane, mallow, feathertop Rhodes grass and annual ryegrass. Chateau controls weeds for 4–8 months and can be applied up to two times a year. It has no detrimental effects on trees and won’t leach in the soil.

Chateau has a Group G mode of action which means it is also ideal for managing resistance to other chemicals like glyphosate. No weeds have shown any resistance to Chateau in Australia.

Mr Redrop say Chateau was a game changer. “We now spray in spring and it controls all the weeds including the mallow for months. We do come back later in the season for a second pass, but cutting sprays from five a season down to two means a significant saving in time and labour.

“We have always been particular about when we spray, ensuring that wind and weather conditions are correct. We have observed no leaf spotting or other damage when using Chateau.”

It was noticeable when speaking to Mr Redrop that he is a busy man with a lot of work to do. Introducing Chateau into his weed management program has given him time back from fighting a never-ending weed battle, to concentrate on other aspects of managing Rullo Orchards.