Avocados for the Northern Territory 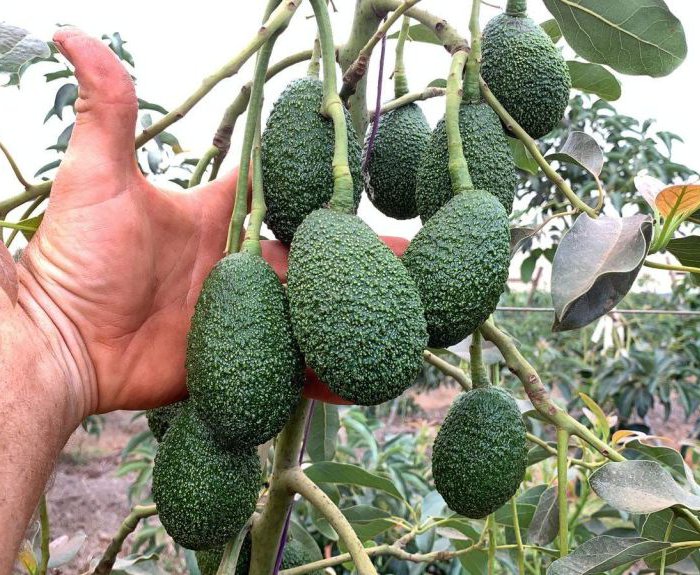 Australia's biggest avocado nursery is confident the Northern Territory can become home to a thriving industry able to produce the fruit for domestic and export markets.

New South Wales-based Anderson Horticulture is responsible for supplying about 30 per cent of Australia's avocado trees, and is looking to start trialling new varieties with growers in the Katherine region within 12 months.

Graham Anderson said a lack of varieties suited to the Top End climate had long been a hurdle for developing a NT avocado industry — but that was about to change.

"We've now got great varieties for this area, the best one I can think of is the Maluma," he said.

"It's a variety from South Africa — it looks like a Haas but produces better.

"It's preferred on the European market and I think here [in the Katherine region] it has got huge potential."

So far, so good

Mr Anderson said the Maluma variety was already being trialled at Lakeland in far north Queensland and was doing "extremely well".

Speaking to ABC Rural at the Northern Food Futures Roadshow in Katherine, Mr Anderson said avocados could play a big role in the NT's plan to boost the annual value of plant-based industries to beyond $1 billion by 2030.

"I'm passionate about developing the northern part of Australia — I think it's been under-utilised," he said.

"We need export products and from here I think we can make a lot of money for the country."

Mr Anderson said Maluma avocado trees grown in the NT would bear fruit within 12 months, and would capitalise on a market window when prices hit their peak between January and March.

He said the NT could help the industry "guarantee a premium product 12 months of the year", and was already in talks with local NT farmers.

"They're really interested and want to do trials with us," Mr Anderson said.

"We've had a really good reception.

"In less than 12 months we'll be trialling with some of the NT's great growers."

Director Cameron Mackay said the company identified the Maluma as a good yielding, high quality variety, that could work in Australia's tropics about three years ago.

"It's a very good value offer in that it has got a small seed inside and offers a very healthy amount of flesh," he said.

Mr Mackay said NT farmers were on the doorstep of Asia, where demand for avocados was increasing.

"Asia is really growing an appetite for avocados of late, and I think it'd be a great opportunity for growers [in the NT]," he said.

"If the Australian market wasn't prepared to take their product, I'm sure there's a great opportunity up in Asia."