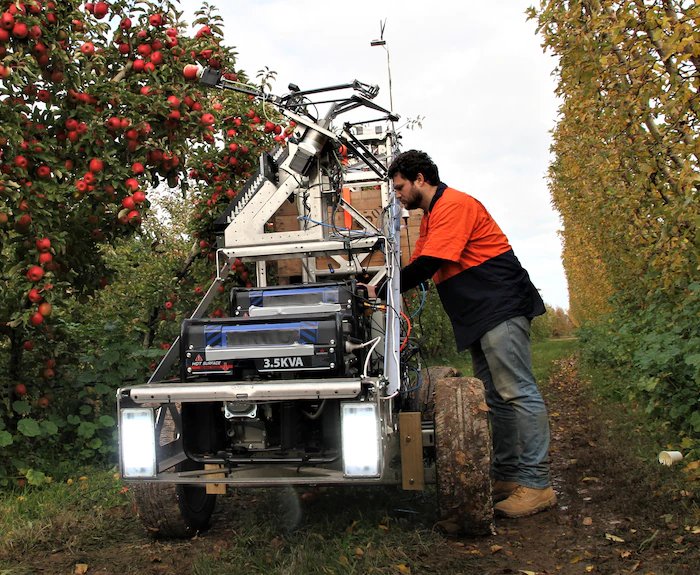 Eve is a fruit-picking robot prototype and the culmination of three years of work from the team at Ripe Robotics.

Chief executive and co-founder Hunter Jay said as the horticulture industry struggles to source human labour, there are plenty of eyes on Eve right now.

"It feels like everyone wants us to succeed," Mr Jay said.

"The growers, the engineers, and the government wants to make sure they have food security and we have reliable food harvesting.

"We're in a place where we feel very supported so it's a technical challenge, but it's a fun one."

Earlier this year, the robotics team received a grant of $570,000 from the federal government to accelerate its commercialisation.

Mr Jay said combined with more than $600,000 from private investors, they have been able to complete the equivalent of two years of work in six months.

"I think we had $120,000 total for the first two years, including the cost of our wages and the cost of the hardware," he said.

"We've got four people working on it now and it's been moving a lot faster."

Eve is being tested in the orchard rows for the first time this season so its engineers can address any technical issues.

Mr Jay predicts the company will be ready to send robot pickers to work in orchards as soon as the next harvest in 2023.

"We plan to have two more machines built by next season and have them running and picking fruit mostly by themselves," Mr Jay said. "I'm very optimistic that we'll be able to fill a bin autonomously by next season.

"Hopefully, we will be able to do it in just two months' time with oranges.

"There's a few hiccups. It's a very difficult problem to try and autonomously pick fruit but we're making great progress."

Fourth-generation fruit grower Andrew McNab has signed on to have Ripe Robotics pick his fruit, with the company basing themselves from his property.

Mr McNab said sourcing labour has been ongoing challenge for the horticulture industry for more than a decade.

"About 10 or 12 years ago it started to get difficult with government changes and work-for-the-dole-type projects," he said. 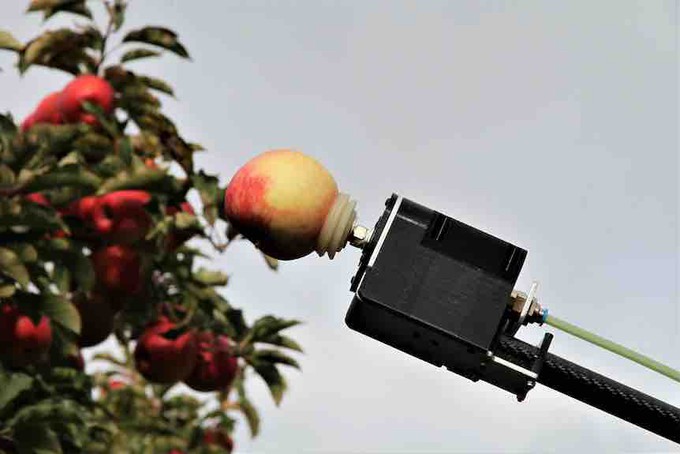 The labour shortage in agriculture was highlighted during the pandemic and Mr McNab said there needs to be long-term solutions.

"We've been fortunate to have Pacific islanders for the past few years. We had to do a lot of work to have them on our property," Mr McNab said.

"I think the future is the robot. We're certainly developing our crop to assist in the harvest for easy picking for labour, but also for something robotic."

In 2021 the Fair Work Commission ruled workers picking on a piece rate must be guaranteed a minimum wage of $25.41 per hour.

Mr McNab said at first he was worried about the scheme.

"If you had people who weren't good at picking we wouldn't be able to survive, it would be too costly on an hourly rate," he said.

"There's certainly going to be a cost for the robot. However, we're certainly doing it more expensively at the moment.

"Technology is a huge part of fruit growing now and we're not frightened by it at all.

"We looking forward to hopefully having a low-cost solution to fix a big problem for us."