Millions of bees on the move 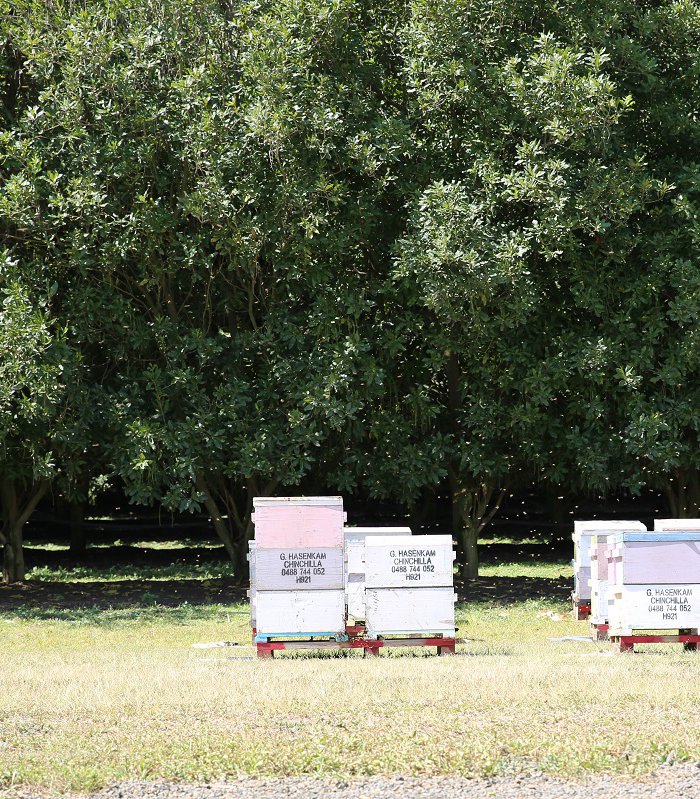 Millions of bees are on the move around Australia, with many being trucked to the Bundaberg region for the macadamia season.

While State borders may be closed, the COVID pandemic certainly hasn’t stopped the mass migration of beehives as they make their way, first to Victoria and then to Bundaberg to pollinate macadamia trees.

With the macadamia harvest coming to an end, locals will now be witnessing the spectacular blossoming of the Bundaberg region’s macadamia trees, which Australian Macadamia Society (AMS) CEO Jolyon Burnett said signals the start of the new macadamia season and the start of bee pollination.

“A lot of apiarists or beekeepers in South East Queensland and further north will truck their bees down to almond orchards in Victoria, but there’s not a lot of honey from almonds so what bee keepers like to do, and one of their favourite places to take them after almonds is Bundaberg for the macadamia season,” said Mr Burnett.

“Macadamias have a lot of pollen and nectar and it helps restore the bees health but it also produces lovely macadamia honey.”

Millions of bees will be trucked into Bundaberg throughout September for the critical job of pollinating macadamia trees.

Orchards become a hive of activity as growers implement more and more beehives in search of higher yields.

“From now on in if you stand in any macadamia orchard you can hear the bees buzzing, there’s that many of them,” said Mr Burnett.

One of those farms where bees can be heard audibly buzzing in the background is Alloway Macadamias, where farm manager Johan Oosthuizen said they use around 460-500 beehives.

“Our bees come in from Chinchilla, we’ve been using the same beekeeper for a couple of years now and we’ve got around 460-500 beehives here,” said Mr Oosthuizen.

“We use them for around five to six weeks or so and while the native bees are the pick of the pollinators they can’t be used in the sheer numbers of European bees.”

A win-win for beekeepers and growers

Bundaberg is Australia’s largest producer of macadamias, accounting for more than 40 per cent of the Australian macadamia crop.

According to previous studies macadamias are extremely responsive to cross-pollination, but the honey produced is also sweeter.

Mr Oosthuizen said the use of honey bees for pollination was very important to the industry but the benefits also crossed over to the beekeepers.

“We really need the bees for cross pollination and it’s a win win situation as beekeepers generally get good honey form it, and we get the pollination,” he said.

Chinchilla apiarist Glen Hasenkam provides bees to Alloway Macadamias and said his own 500 beehives were trucked all around the state.

“Those bees in Bundaberg have gone from Chinchilla out to Eromanga during the winter, which is about nine hour west of chinchilla, and then they go down to Victoria for the almonds, and then from the almonds back up to Bundaberg for the macadamias,” said Mr Hasenkam.

“With almonds we don’t get much honey, but with the macadamias we normally get a bit of honey off of it and it's good pollen.

“Macadamias are definitely one of the prominent reasons beekeepers move their hives to Bundaberg and we regularly go there to assist with the macadamia flowering season.”