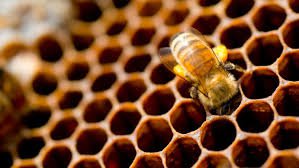 Almond-producer Webster Limited was last year stung by the $340,000 cost of hiring hundreds of thousands of bees to pollinate its almond trees. This year, it decided to buy its own.

The ASX listed agribusiness firm – which produces around 200 tonnes of almonds each year – plans on transporting around 2,800 hives from the NSW south-coast to the Riverina region once a year to buzz from tree-to-tree causing them to flower.

The bees are transported in the dead of night, when they're asleep, to avoid people being stung.

Webster's CEO, Maurice Felizzi, said it was a no-brainer. "Historically we've been reliant on third-party bee providers ... it's a natural acquisition," he said.

The acquisition by Webster – which turned a $40 million profit last year, before tax – comes as a bee shortage in the US threatens to bump up the price of almonds.

As Mr Felizzi explained, almond prices in Australia are heavily-influenced by the world price.

The increasing appetite for almonds by Australians – who value their healthy fats, vitamins and fibre – may allow Webster to use its bees to pollinate competitors' almond trees, providing another source of income for the company.

Walnuts are Webster's main interest in the nut industry. As Australia's largest producer of walnuts, Webster produces around 90 per cent of the nation's annual crop.

Webster owns 20,000 irrigable hectares of land holdings across NSW mainly in cotton, corn and other cereals and livestock. It also holds 150,000 megalitres of water entitlements.