Managing pests and predators in pistachios 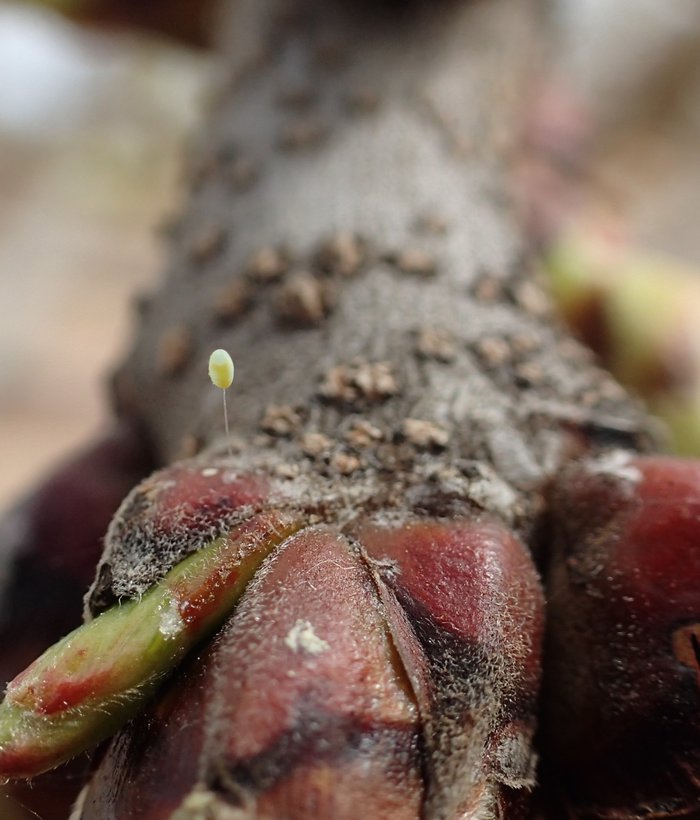 Commercial pistachio production in Australia is predominantly based along the Murray Valley and the Mallee zones of southern Australia. Despite being grown commercially since the early 1980’s, the industry has had no major insect pest outbreaks.

However, the detection of major insect pest species in other tree nut crops, in similar growing regions to pistachio, indicates the need for a better understanding of insect pest threats.

A research project into the pest status of pistachio orchards in Australia has recently been completed. Funded by Hort Innovation, the project (Understanding and managing insect pests of pistachio orchards) was undertaken by Ag Dynamics, a horticultural consulting company with the support of Swan Hill Chemicals and Retallack Viticulture.

Insect monitoring in commercial pistachio orchards at Pinnaroo (SA), Robinvale (VIC) and Kyalite (NSW) confirmed that a wide range of pests were found in low numbers in all orchards but equally, a wide range of beneficial arthropods (primarily predators such as lady beetles, lacewings and spiders) were also found in high numbers.

The observation that beneficial arthropod numbers were high even with low pest levels warranted further investigation. Therefore, the focus in the final year of the project was to determine potential alternative food sources for beneficial insects in surrounding local/native vegetation and on the orchard floor. Surveys were conducted at a commercial pistachio orchard at Robinvale (VIC) and a small trial orchard at the Dareton Research Centre (NSW DPI).

High diversity and abundance of beneficial arthropods were found in vegetation surrounding the orchards, particularly early in the season. This diversity fell away quickly as summer progressed though.

The highest richness of arthropods was observed at the commercial orchard at Robinvale (VIC) (66 morphospecies), which is surrounded by native vegetation. Out of a total of 44 predatory morphospecies, 20 were found in a native plant mix (consisting of Sheoak, Allocasuarina sp., emu bush, Eremophila sp., gum, Eucalyptus sp., spider flower, Grevillea sp., Hakea sp. and Macadamia sp. compared with areas of limited diversity (for example, 15 on an area of only saltbush, 13 on Acacia sp., and 12 each on silver cassia and bottlebrush, compared to 10 on the pistachios.

This work demonstrates the potential to increase the functional diversity of predatory arthropods (and thereby reducing pest pressure) by incorporating these native insectary plants in association with pistachios.

This work contributes to a growing body of knowledge being developed across a variety of horticultural crops. Ongoing work in macadamias, wine grapes and vegetables, to name a few, continues to demonstrate the impact a diverse range of insectary plantings can have on pest management and orchard biodiversity.

In addition to the work carried out on beneficial arthropods, this project also undertook surveys of mummy nuts during winter and found low numbers of overwintering pests. Carpophilus beetle (C. nr. dimidiatus) in mummy nuts varied between the three orchards, but greater numbers of Carpophilus beetle were found in mummy nuts located on the orchard floor compared to those in the tree canopy, and in drip-irrigated orchards compared to sprinkler-irrigated orchards.

As a result of this work as well as research work underway in other tree nut crops, growers are encouraged to focus management on two areas of production:

The presence of overwintering pests in mummy nuts points to a potential threat. Improving orchard hygiene post-harvest needs to be the focus of managers, supported by further industry research and communication.

The wide range of beneficial arthropods found in native vegetation around commercial orchards should prompt further work on identifying the best plant species to be incorporated into the orchard system. This needs to be done at a local or orchard level but should be coordinated as an industry-wide activity.

By Stuart Pettigrew of Ag Dynamics is an agribusiness consultant currently engaged as Project Manager for a large macadamia development in northern NSW. For 30 years he has worked across a range of tree crops including nuts and citrus, and has undertaken projects in most growing regions of Australia, as well as more than 20 countries.