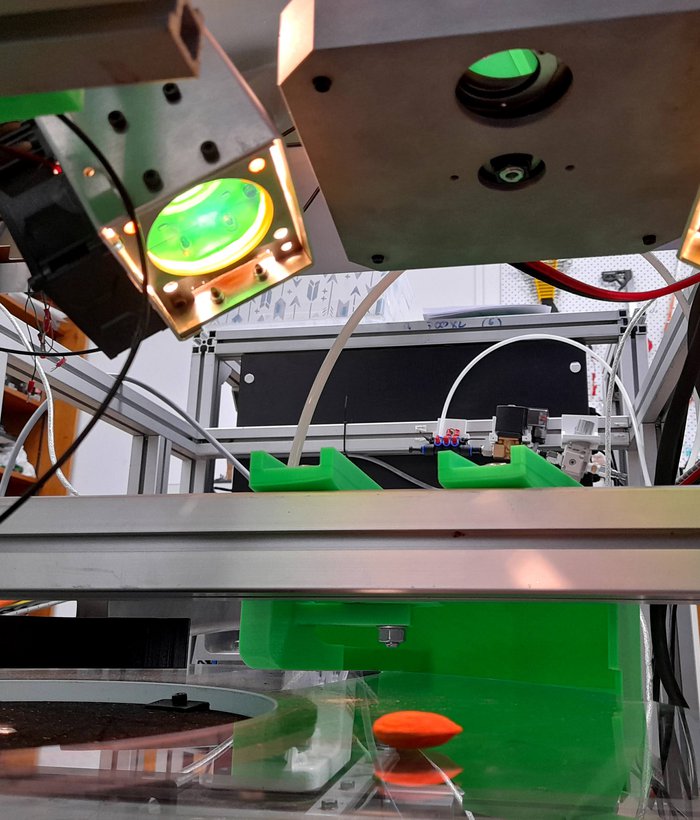 In 2019-2020, Australia’s almond crop was worth just over $1 billion, and the value of the sector is expected to expand to $1.5 billion in coming years, with Australian almond growing conditions among the best in the world.

Given the local industry is now exporting to more than 50 nations, accurate and consistent grading of almonds is paramount, ensuring international markets can trust the Australian product.

Traditionally, almonds have been graded manually, with samples taken hourly from production lines to check for consistency of appearance, chips and scratches, double kernels, insect and mould damage, and other defects. 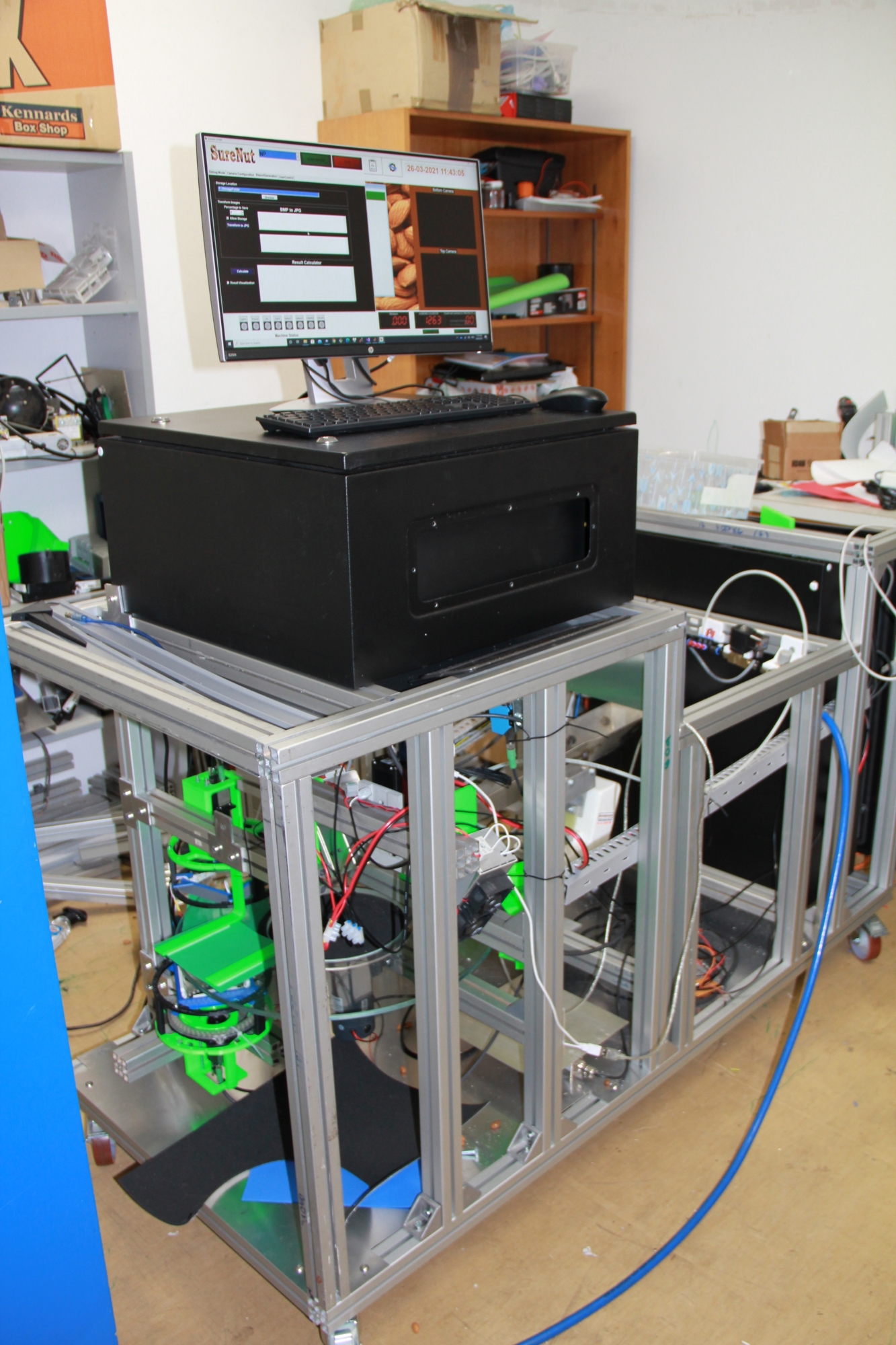 This process, however, is labour intensive, slow, and subjective, all of which can lead to inaccurate and inconsistent grading, particularly from season to season due to staff turnover.

In conjunction with industry partner SureNut, researchers at the University of South Australia have developed a machine that dramatically improves the accuracy of almond grading, in addition to detecting potentially fatal contaminants found in almond kernels.

The system can accurately assess physical defects such as chips and scratches and detect harmful contaminants, including the presence of aflatoxin B1, a potent carcinogen that may be implicated in more than 20 per cent of global liver cancer cases.

“Our goal with this innovation was not to simply replicate what a human being could do, but to go far beyond that,” Assoc Prof Lee said.

“In respect to physical appearance, this machine can detect defects more quickly and more accurately than manual grading, and by using two high-definition cameras and a transparent viewing surface, it can also view both sides of the nut simultaneously.”

While this visual functionality alone puts the SureNut system at the forefront of innovation in this field, the addition of the hyperspectral camera for contamination detection is a ground-breaking world first.

“We are the first team to successfully use hyperspectral imaging this way with almonds, even though other researchers have tried,” Dr Ariza said.

“Certain characteristics of the nut kernels – which we are keeping a secret – made the process extremely difficult, but we overcame that, and now we can deliver highly accurate analysis using hyperspectral imaging.

“Through the process, we also discovered some new information about hyperspectral imaging in general, which we will share with the wider research community in time.”

Thanks to this hyperspectral innovation, the SureNut system can monitor four key indicators in almonds – moisture content; free fatty acid content (FFA) and peroxide value (PV), which are associated with rancidity; and aflatoxin B1 content.

“Moisture, FFA, PV and aflatoxin B1 content were all correctly predicted by the developed model with accuracy of 95 per cent, 93 per cent, 91 per cent and 94 per cent, respectively,” Assoc Prof Lee said.

“Previously, the only way to detect these contaminants was through laboratory methods that require the sample to be ground up and chemically treated, making validation difficult, so our technique is a major safety improvement for the industry given rancidity and aflatoxin have significant effect on consumer health.”

While the hyperspectral analysis has only been tested on a lab prototype device at this stage, a SureNut machine running the UniSA-developed grading system has recently been field tested at Riverland Almonds, one of South Australia’s leading almond producers.

“Riverland Almonds have continued to work closely with SureNut and have been trialling a unit during the 2021 production season,” Ms Crawford said.

“Whilst the unit is a prototype, and still under development, we are encouraged by the progress made and optimistic that the results achieved over the course of this season will demonstrate that the technology has a commercial application within the industry.

“We are particularly encouraged by the value-add features that SureNut are developing with a view to integrating into the unit.”