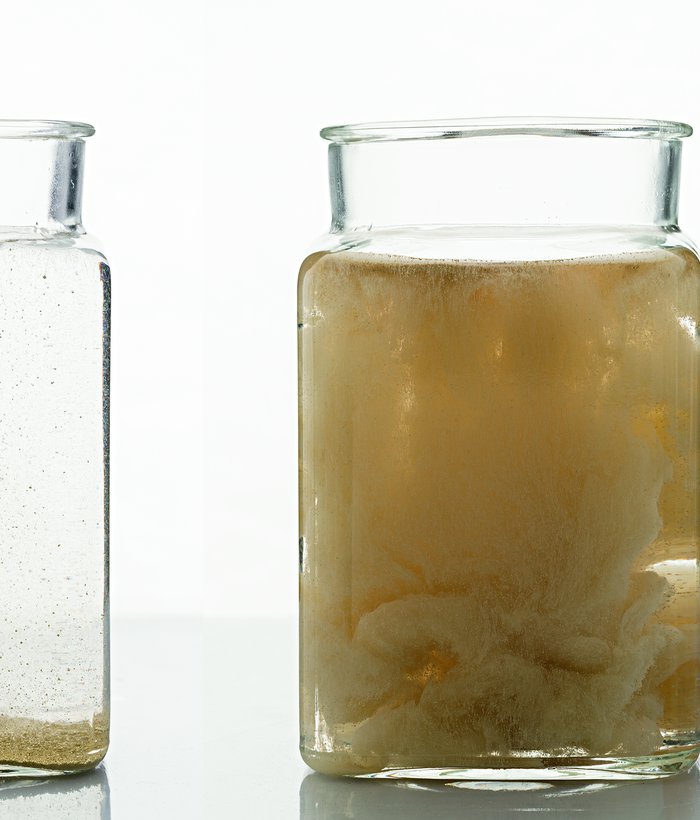 There are newer, more glamorous fungicides, but very few more dependable and effective.

“Even though it’s such a well-known product, Polyram has been a bit of a quiet achiever,” said BASF horticulture portfolio manager Serge Usatov.

“The growers who have tried it tend to become big fans and keep it in their programs every year. That’s largely because they find the zinc-based formulation produces a better crop finish than copper-based alternatives.”

That high level of ‘skin care’ may be the main reason so many growers become loyal Polyram users – but they also notice and appreciate various practical advantages, such as how much more quickly and easily Polyram mixes into a stable solution than other products.

Growers had been commenting that Polyram mixes much faster than competitor products for years, but it wasn’t until some other filming was scheduled there that the laboratory at BASF’s Somersby production facility put the difference to the test.

“We set up a camera to film the experiment without even being sure it would work,” said Kathleen Johns, operations manager at Somersby. “But it worked much better than we expected it to. The difference was so dramatic we ended up posting the video on our website and using it in social media.”

Although the BASF team hadn’t realised exactly how much faster Polyram dissolves than other products, they had always known it was a good mixer and why. Its flowable granules are hollow, so they dissolve more rapidly and easily than solid granules, with no need to add an anti-foaming agent.

While the quick initial mixing is largely a matter of convenience, the long-lasting stability of the mixture has significant practical advantages. That helps ensure a consistent application of the active ingredient across the crop.

One extra advantage growers notice, which can also be attributed to the high-quality formulation, is that Polyram’s granules create much less dust than alternative fungicides.

“The bottom line for agronomists and retailers is that you can be very confident about recommending Polyram to growers,” Mr Usatov said. “Our experience is that growers are generally really happy they’ve included it in the rotation.

“They get to harvest a more marketable crop than they might have, but they also like the convenience of easier mixing and handling. That often comes as a bonus they weren’t counting on when they decided to give it a try.”