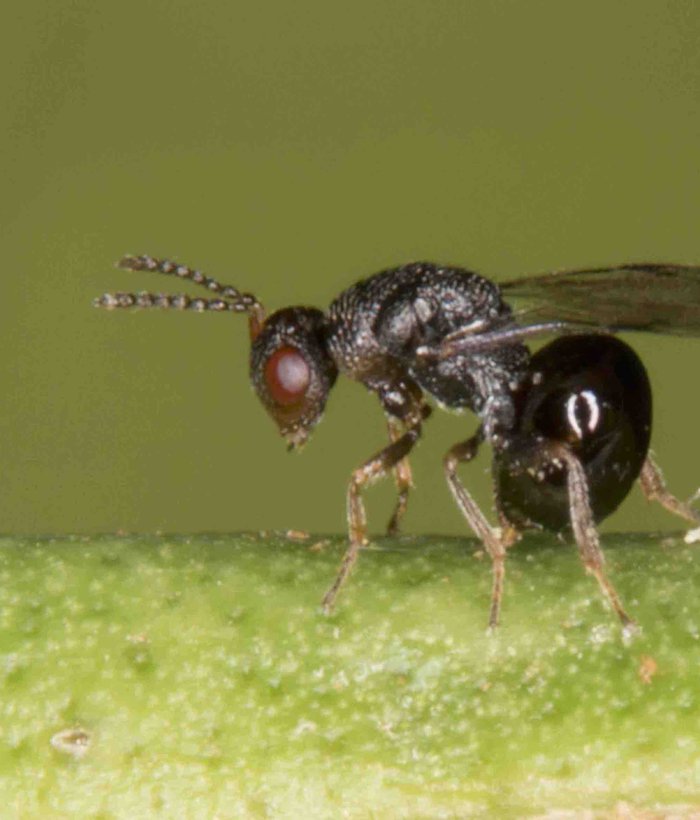 Since its first detection in the early 2000’s, the citrus gall wasp (CGW - pictured above) has spread rapidly throughout the southern citrus production regions. In some places, the infestation level appears to be steadily rising, with no signs of easing. What is the future of CGW infestation in the southern regions – will it continue to rise, or will it come down after some time?

To answer the question, Dr Jianhua Mo* developed a preliminary model to predict future CGW population trends. The model included the effect of CGW’s primary parasitoid species, Megastigmus brevivalvus (pictured below), on CGW populations. Where available, published and unpublished data were used to estimate the model parameters, including the fecundity and sex ratio of CGW and M. brevivalvus, and mortality of CGW. Model parameters for which there are no published/unpublished data for estimation were tested as scenarios. 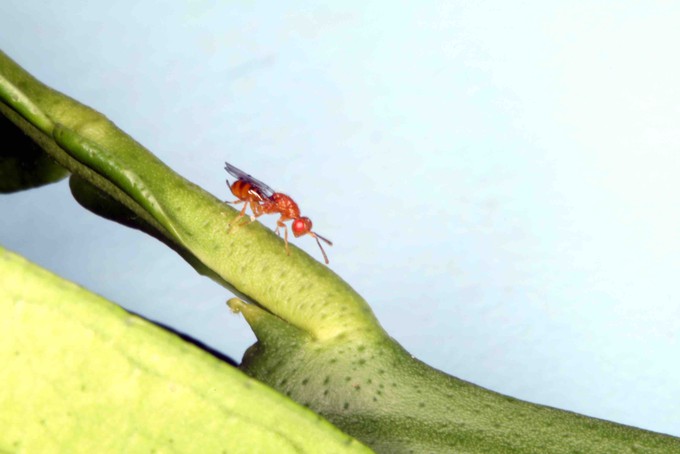 The model produces a variety of future CGW population trends in the absence of any human interventions. Without the parasitoid, the population is predicted to steadily increase until it reaches a maximal level determined by the capacity of citrus trees and stays at the maximal level afterwards.

With the parasitoid, the population is predicted to drop to a lower level before stabilising or undergoing cyclic fluctuations.

The preliminary model is based on our current knowledge of CGW and M. brevivalvus. A PhD study is underway to improve our understanding of their biology and ecology. The new knowledge will be used to update model parameters and improve model accuracy. The updated model will be used to compare the efficiency of different CGW control strategies, including releases of parasitic wasps, pruning, applications of systemic and foliar insecticides, and control thresholds.