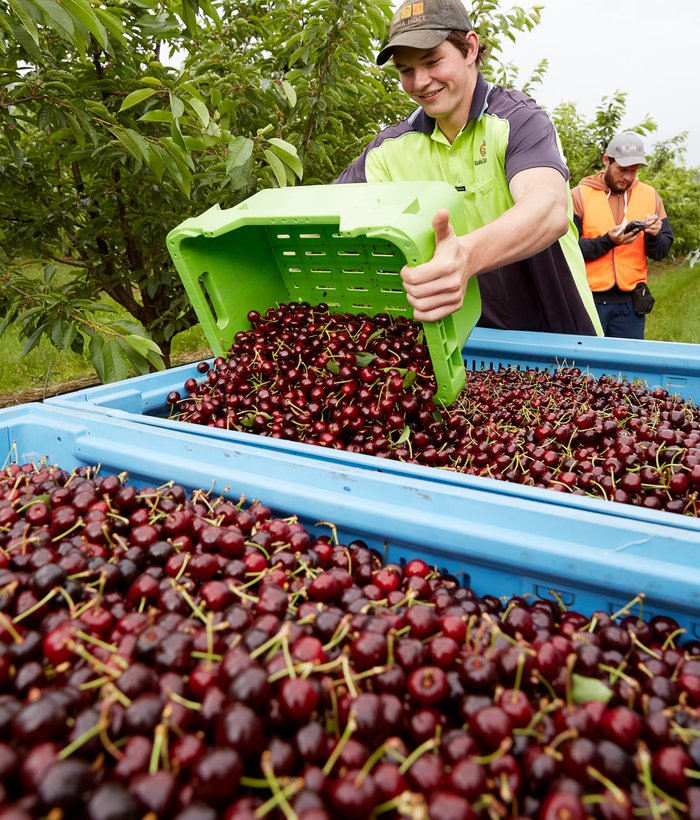 Moving to ABC Software’s digital platform has contributed “in no small part” to the monumental doubling in size growth for Koala Cherries over the past five years.

Koala Cherries has 220ha of fruit across its various farms in Victoria, with two more substantial farms under development. This year, 3000 tonnes of cherries were processed through its Yarck packhouse at a rate of 100 tonnes each day.

“ABC’s software gives us good database architecture with the ability to easily manipulate and use information right from tree to customer.”

Mr Nealon says that ABCpacker “happily ticks along” dealing with the myriad of packhouse data elements – handling units including packaging, pallets, cartons, stock control – plus admin and sales all happening at the same time.

“It doesn’t ever struggle to keep up. We can be confident that ABC will keep powering along in the background.”

It’s this confidence in data integrity that provides Koala with huge benefits. Using ABC as a primary, secure, central database across all facets of the business means Mr Nealon and his team can pull out information and use it however it’s needed.

Reporting is easy, integration to Koala’s payroll is straightforward, pickers and contractors have confidence they are paid accurately, stock is tracked efficiently, and the ability to effectively meet the differing requirements of customers, including Australia’s four largest supermarkets and their respective ordering systems, is a given.

“To have accurate dataflow crossing through all our platforms is critical, as is speed. Time is very critical in a cherry harvest. With the ABC integration we have data at our fingertips. Our marketing team, our production team, in fact everyone can all see the information they need quickly and easily. It’s made us hugely more efficient.

Working with the ABC Software team in New Zealand has proven no barrier for Koala. Mr Nealon says suggestions for improvements are met with an open mind and ‘can-do’ attitude. He appreciates that he can access any of the ABC team and is not limited to just one point of contact.

“The whole team steps up to do what’s needed. They might have their own specialisation, but everyone has a broad understanding of the software and is there to help.”

ABC Software offers a 45-day trial period on ABCgrower and its packhouse offering, ABCpacker, with full support and training.