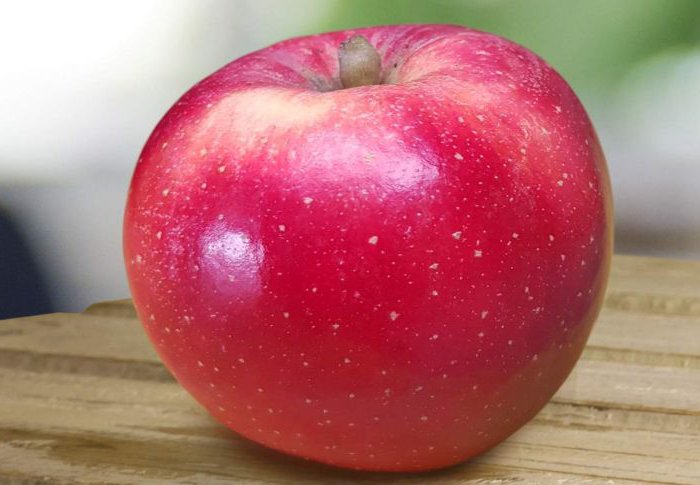 The apple, known as HOT84A1, has been bred to withstand the world's hottest and driest conditions and is the result of 18 years' work between researchers in Spain and New Zealand.

New Zealand-headquartered T&G Global officially launched the fruit and said it was important the industry found ways to continue to grow fruit in a changing climate.

"In hotter drier climates typically, apples don't get that lovely red colour and they also don't get that crispy crunch which makes them so nice to eat," said Peter Landon-Lane, T&G's director of innovation and technical.

"Apples have a huge amount of natural genetic diversity so to get an apple that holds in hotter, drier climates it's been about 18 years to create an overnight success."

Trees trialled in hot, dry Spain
Mr Landon-Lane said with a warming climate, both countries found they had a common problem of how to get apples to grow well in hot, dry regions and that Spain was a perfect place for their first trial.

"In northern Spain the temperatures can get up to 45 degrees and that's pretty hot to get an apple with good red colour and a good crisp crunch," he said. "The trees also need to have good tolerance to drought."

Could be trialled in Australia next year
Researchers started with about 10,000 seedlings, also needing to combine attributes like pest and disease resistance, good size fruit and good shelf life.

Over 18 years those seedlings where whittled down to about 10.

"What you're trying to do is get all of the traits of interest in a particular tree that produces consistent, good fruit," Mr Landon-Lane said.

"We've all become a lot more aware of the challenges of climate change and so innovation in terms of new and improved genetics is part of a continuous innovation process.

"Here we are still able to produce good, healthy, nutritious food despite those challenges."
The variety is in quarantine in Australia and Mr Landon-Lane said he hoped growers would be able to trial the hot apple as early as next year.

The company is still looking for a commercial name for the red, hot apple, once it can be sold in supermarkets.