Calcium and silicon ‘an ideal partnership’ 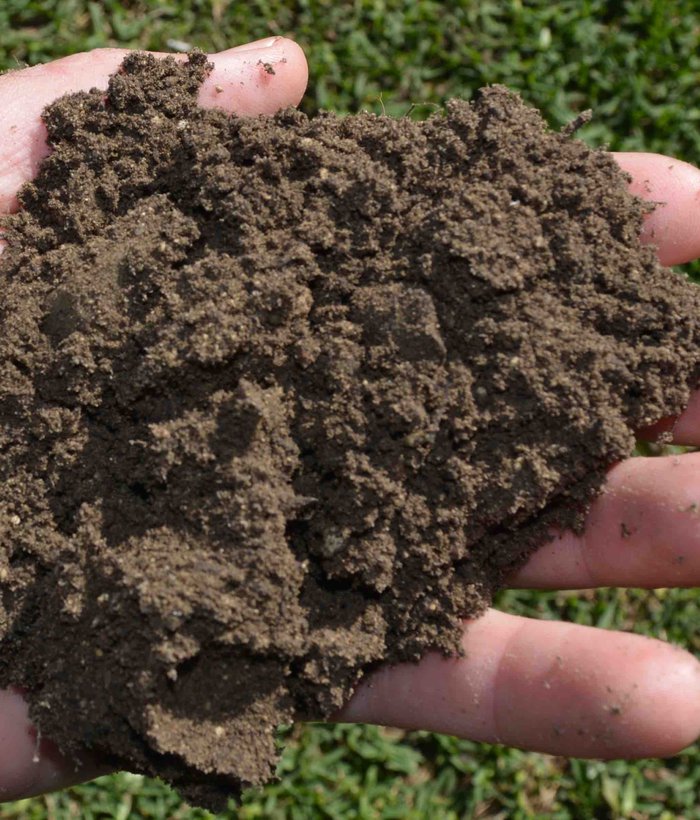 Simon Clark, business development manager for Mineral Mulch said mono-silicic acid is the only bio-available form of silicon that can be absorbed by the roots of plants.

However, this process requires adequate calcium to be present to move the silicon into the epidermal (outer) tissues and create a Si-cellulose membrane.

“Mineral Mulch’s calcium silicate is a unique and ideal agricultural product as it not only contains a high percentage of water-soluble, plant-available silicon (PAS) but also contains plant-available calcium (Ca),” Mr Clark said.

“Within the enzyme system of the plant, calcium is critical to the manufacture of protein. In addition, due to its unique ionic radius and its 2+ charge, calcium has very high flocculation power which pulls clay particles together in the soil.

“Cropping plants not suited to low calcium soils will also exhibit greater exposure to pests and disease. If we get the calcium balance right, fertility will return to worn out and tired soils,” Mr Clark said.

Mr Clark said despite its many proven benefits in both soils and plants, silicon has not yet been considered an ‘essential’ element but rather a ‘beneficial’ element. This is mainly due to the inability of isolating this element in laboratory trials.

“Silicon, whether in its available form or other non/not-so-available forms can not only be found in soils but also in water and the atmosphere i.e. dust.

“It is also worth noting that in the periodic table silicon is surrounded by boron, carbon, nitrogen, oxygen, phosphorus and sulphur that are all classed as essential elements for both plant growth and health.

“The importance of silicon to plant growth has been widely recognised since the 1970s with some scientific data dating back to the 1900s showing yield responses, insect and disease resistance, mitigation of sodium uptake and its associated stresses, increasing the uptake of other plant nutrients, and the binding and mitigation of heavy metal stresses,” Mr Clark said.

“Due to these and other benefits, he said the addition of silicon has shown scientific yield increases in a wide and varied range of crops. 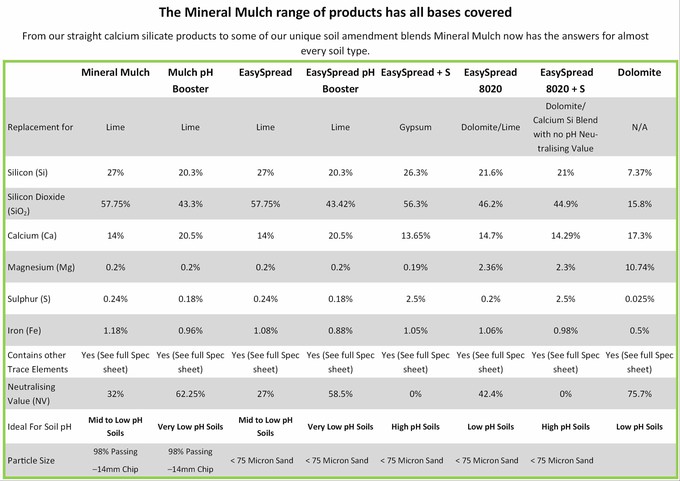 Mineral Mulch has recently aligned itself with a select few compost manufacturers. Mr Clark said the application of a premium-grade compost enriches the soil, reduces the need for chemical fertilisers, retains moisture, suppresses plant diseases and pests, and encourages the production of beneficial bacteria and fungi.

“Soil calcium is a very leachable ion, so by applying the calcium blended into a good quality compost, the calcium is bound in the topsoil, rather than leaching down into the subsoil and being lost for the use of the plant.

“By blending our soil amendments (Mineral Mulch, EasySpread, dolomite and lime) with compost, we can target and improve specific elements of your soil structure, nutrition, and microbe/bacterial diversity.

“In addition, as the end-user this enables the soil amendments to be applied in one pass and thereby reduce application time, wages and fuel costs as well as reducing soil compaction,” Mr Clark said.