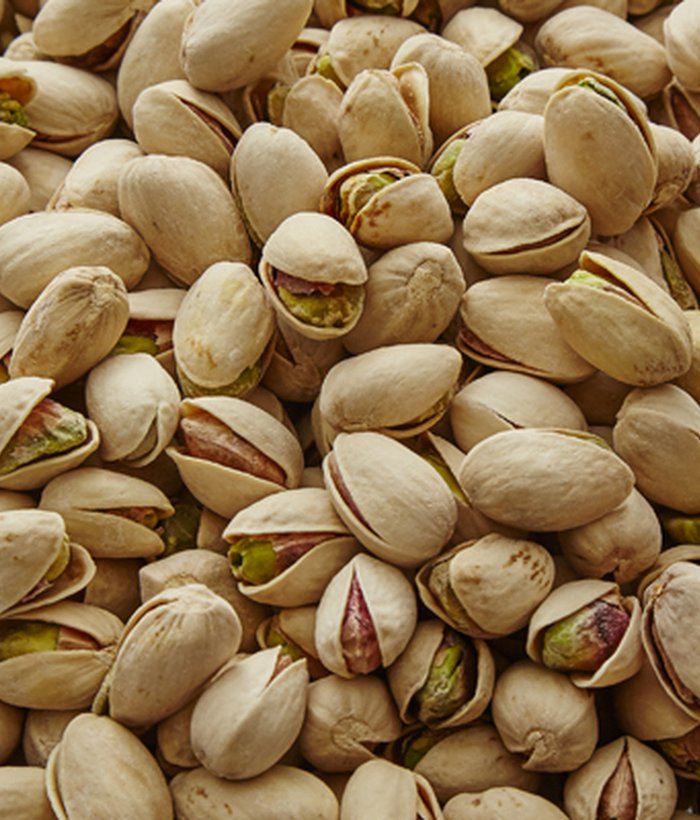 Fye Wan has lived and breathed — and eaten — pistachios for more than 30 years at his property in Wedderburn in central Victoria.

Unlike many other producers who sell roasted and salted pistachios commercially, Mr Wan enjoys selling the raw product to customers at a farmers' market.

"I like the raw pistachio because of its health benefits. It can help with things like cholesterol and is good for the heart," Mr Wan said.

Mr Wan has spent decades observing different species of pistachios and how they grow in Wedderburn's micro-climatic zone, and it seems the most interesting part of the tree is below the ground.

"Internationally each country uses their own roots, but in Australia, it's caused some technical problems," he said. In Wedderburn, issues with disease and clay that can slow the growth and lifespan of pistachio trees have been observed.

"The trees are meant to live for hundreds of years … so you need to get something that can sustain this growth for many years," he said.

"It has been recommended that terebinthus would be the best roots to use in this country, but it's not a very vigorous tree — it's a slow growing tree."

After doing research, Mr Wan started experimenting with pistachio hybrids that were better suited to his landscape.

The motivation stemmed from watching a David Attenborough documentary set in the Himalayas.

"One tree that is very interesting is called the integerrima. That is on one side of the Himalayas, and on the other side is one called chinensis," he said.

"The difference is the integerrima has six or seven leaflets or more and the chinensis has six or less leaflets. Their colour is also different.

"These trees are huge and have lived for hundreds of years … but they have problems pollinating. The male pollinates too early and the female has problems receiving the pollen."

He compared this issue with nature, to the human anatomy with males and females trying to conceive.

Mr Wan came up with a productive plan.

"So I crossed the terebinthus with a chinensis first, and then grew the tree," he said.

"I then got the pistachio integerrima to pollinate the hybrid, so now after 33 years watching the tree and getting on, I've finally got a rootstock that's growing seven or more leaflets, which indicates that it has the genetic characteristics of the integerrima."

Mr Wan hoped that by making this hybrid, he has created a tree that is better suited to his region.

But he now must wait another 15 years to see if it has worked.

"I'm now planting that hybrid underground and waiting for the seed," he said.

"When the seed comes, that is the most important part, because when you start producing seed that is the next generation that will grow up in that environment and hopefully be adaptable to the area."

For Pistachio Growers' Association chair Chris Joyce, rootstock breeding programs are not the main focus of the peak body's research and development programs.

"We've been focusing our limited amount of resources on problems for which there is some sort of immediate payback," he said.

"Our research dollars are currently focused on … mitigating the lack of winter chill, which is coming with climate change.

"We've also spent our money on fungal diseases, which is causing in some seasons the staining of the shells, which is very unattractive to consumers."

Mr Joyce said the current commercial rootstocks being used in Australia seemed to be working well.

"Probably 25 to 30 years ago some closed cross variety rootstocks were introduced from California, the primary one being Pioneer Gold … and there is a second one called UCB," he said.

"To test a new rootstock variety would be an exercise of at least 10 to 15 years.

"We don't start to bear until year five or six, so it really takes you eight to nine years to evaluate the yields from this rootstock versus that rootstock."

But Mr Joyce welcomed those who had the interest, and time, to investigate alternatives.

"It's really good to see individual growers experimenting and trying things," he said.

"Maybe they'll come up with something even better than the ones we have at the moment."