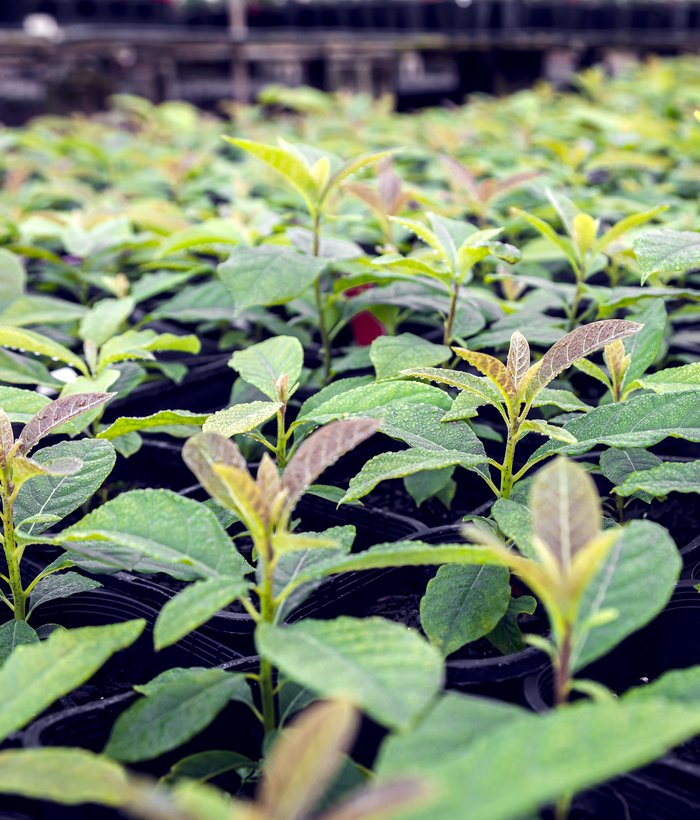 The Fleming’s Group is one of Australia’s premier horticultural businesses, spanning more than 100 years, with four generations of the Fleming family taking their turn at the helm.

“Since 2014, Fleming’s have been working on the tissue culture production of woody fruiting and ornamental plants. In the simplest of terms, tissue culture is the process of growing plants from tiny cuttings in an artificial media, within a climate-controlled environment. These plantlets are produced under sterile conditions and are essentially free from virus and disease.

“For a production nursery, tissue culture offers several significant advantages. These include the ability to produce many plants, very quickly and within the small footprint of a laboratory. Removing the seasonal reliance on seed, also means that we can have a continual rootstock propagation year-round,” she said.

The most important advantage is the clonal nature of this propagation method, which ensures that all plants are genetically the same. This produces a more uniform batch of plants, and a significantly more consistent outcome for our customers.

To date there has been little emphasis placed on the role of rootstocks in avocado production, with a heavy reliance on seedling rootstocks. Seedling grown rootstocks are genetically variable in nature and produce visible variations and inconsistent performance of trees within an orchard.

While there are some clonal rootstocks available, they have required grafting onto a seedling as part of the complex propagation method. This reliance on seed has been a limiting factor in producing enough trees to meet demand.

“In tissue culture, each rootstock requires an individually tailored protocol to be developed. This protocol has four stages – initiation, multiplication, rooting and acclimatisation,” Ms Fleming said.

“Once each of these stages has been optimised, the number of plants produced can be quickly increased, enabling us to meet challenging demands in a timely manner. Tissue culture will quickly improve the availability of clonally produced rootstocks, as well as the uniformity of orchards.

“While there is still much work to be done in understanding avocado rootstocks and more tissue culture protocol development to be completed, we can now accept orders for trees grafted onto several different clonal tissue cultured rootstocks,” Ms Fleming said.

Rootstocks currently in tissue culture production at Flemings Qld include:

Proving to be early bearing and productive when grafted to ‘Hass’. Shows some resistance to Phytophthora cinnamomi. Widely planted in the ‘Tri-States’ region as it is suited to a range of soil conditions, with trials showing some tolerance to salinity and good performance under lime conditions.

Trials have shown that this rootstock produces one of the highest cumulative yields per tree. May have slight tolerance to Phytopthora cinnamomi. Has shown some cold tolerance. Has been used commercially in many regions and is proving highly successful in the Bundaberg region. Less vigorous than ‘Velvick’ it is suitable for grafting to strong growing cultivars.

May have slight tolerance to Phytopthora cinnamomi. Has shown some cold tolerance. Trials of this rootstock in South Africa have found it to be successful with ‘Maluma Hass’. This rootstock is increasingly being used in South African production but has yet to gain the same momentum in Australia.

A vigorous rootstock with some resistance to Anthracnose (Colletotrichum gloeosporioides) and Phytopthora cinnamomi. Can withstand mild salinity and lime conditions. Performs well in tropical growing conditions and is often used in replant sites.

Commonly used rootstock in the industry. Best for virgin soils. Able to withstand frosty conditions, so is widely used in cold production areas. May be slightly tolerant of Phytopthora cinnamomi. Generally able to withstand some salinity.