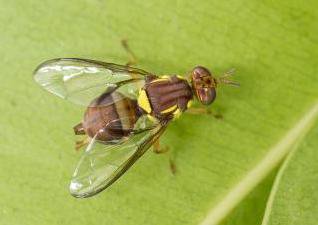 Conducted as part of the Hort Innovation funded Post Factory Pilot of SITPlus Fly Production Project, the releases are the final in a series to develop, establish and refine the operational release aspects of the Qfly sterile insect technique (SIT).

The trial has been led by Macquarie University and provides an evaluation of the effects of SIT when employed in urban areas.

“This has been especially evident in Cobram over the previous two seasons, a great outcome given the Qfly pressures experienced across the eastern and southern states over the past year.

“Over its duration the project has seen the incorporation of a range of incremental improvements such as the use of gel-based diets, improved pre-release holding times and improved identification methods,” Dr Mainali said. 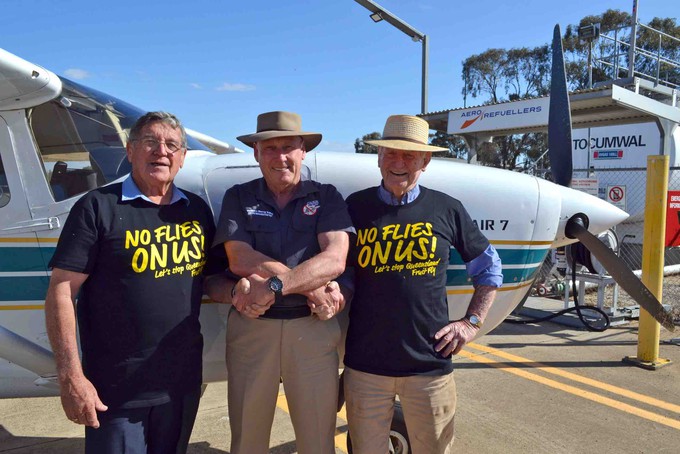 Sterile and wild Qflies are separated and growers in the vicinity are advised of actual wild Qfly numbers to avoid reacting to false positives in their traps. Other features of the area wide management program include the removal of more than 100,000 unmanaged or unwanted host trees which provide potential breeding habitat for fruit fly, along with the efforts of a large base of community volunteers actively educating the community how best to reduce Qfly numbers in the region.

Horticultural entomologist Andrew Jessup is responsible for analysing the program’s trapping data which is used as the basis to inform the community and industry through monthly Qfly updates in all newspapers throughout the GMV.

The figures for Shepparton were 9% to 30 June 2018 to 13% to 30 June 2021 and for Mooroopna: 4.9% and 6.5% respectively. This data shows Qfly populations in Cobram declined with SIT while those of other towns without SIT increased.

The reduction in severity of Qfly in Cobram since the spring of 2019 is most likely to be due to a combination of SIT and area wide management strategies that are also in place in Cobram.

It is anticipated that data from the third SIT releases will be used to extract the impacts of SIT alone and area wide management alone on Qfly populations.

“There is no doubt that SIT, in combination with area wide management, has resulted in reductions in Qfly trap capture rates in Cobram after only two years of releases,” Mr Jessup said.