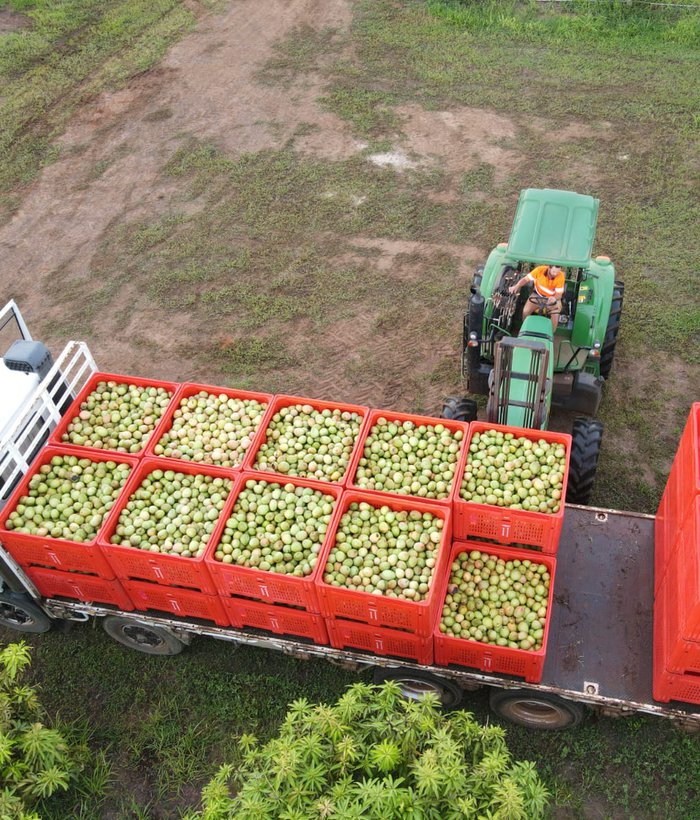 Honey Gold mango producer Piñata Farms has ended the 2020-2021 season with a steady volume and strong pricing following a summer of border closures, snap lockdowns and a national seasonal worker shortage which impacted the industry as a whole.

Sales and marketing manager Rebecca Scurr said Honey Gold volume was down about five per cent on 2019-2020.

"Honey Gold mango yields were as expected in all regions. Pricing was stronger than previous seasons due to the industry, in general, being shorter on mangoes. Both factors led to the outcome this season."

According to the Australian Mango Industry Association (AMIA), some seven million trays were sent to market during the season, down from 10.6 million sent the previous season.

"Given the national picker shortage and general consumer uncertainty about COVID, we're happy with the outcome."

Piñata Farms secured seasonal workers under the Federal Government's Seasonal Workers Programme and sent staff from other farms to the Northern Territory for the three-week harvest.

"Fortunately our growers were proactive and began organising their labour pre-season, although all farms had fewer workers than usual.

"Most of our mangoes - especially in Queensland which supplies about 60 per cent of the crop - are grown in tourist areas and there were some seasonal workers already in those areas. It's testament to the third party growers' efforts that the harvest went as well as it did," she said.

She said rainfall in Far North Queensland and a cyclone in Western Australia during the harvest slightly impacted yields and caused some road closures.

Mango prices strong during a summer at home

With travel movements limited due to COVID, Ms Scurr said retail data indicated more Australians stayed home and ate in during the past year, pushing the grocery spend up.

"Honey Gold mangoes always fetch a premium at the major chains. This season, prices were higher for all tropical fruit."

"What happens with the weather during the key flowering period in winter influences the timing of the crop. Darwin, Katherine and Mataranka ran about two weeks late and Queensland ran early, resulting in a condensed season for the second year running.

"In an ideal season, we target 16 weeks of consistent supply. This season we supplied mangoes for about 12-13 weeks."