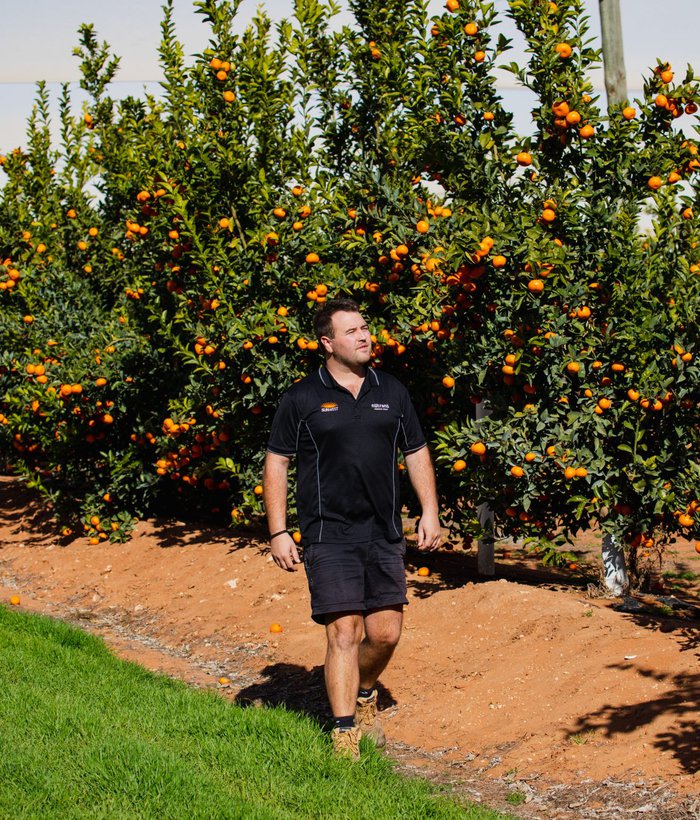 A collection of Sunraysia and Riverina growers are currently exploring a number of techniques and trials on mature and young trees as part of the Afourer mandarin project.

At the Nutrano Sunwest farm, manager Thomas Braybrook has established several trials including heavy pruning and high nutrition treatments as part of the project.

“If we can help in any way that’s what we’ll do. It’s good to collaborate with the industry and some of the industry leaders and try to get to the bottom of it,” Mr Braybrook said.

“That’s probably why we got involved. We want to help the industry out and other growers.”

Established in 2004-2006, the farm is home to some of the oldest Afourer trees in the region, roughly 14 years old.

“They didn’t really have a canopy management plan throughout the first five or six years of their life, so they got a little bit out of control at the very start. Now we’re paying the price.”

“You have to have control of the whole tree throughout their lifespan.”

Nutrano are also replicating some of the canopy trials on Afourer trees currently under netting to see if there’s a difference between canopy management under netting and without netting.

“We have a few different methods on the go as well as trialing different ideas to see what outcomes eventuate and to determine the best approach for us going forward.”

“As a grower, as a bit of tongue and cheek, we all think we’re the best, but everyone has different ideas and I’ve learnt over the years what works for me might not work for you.

“We’ve found that not only from region to region, or the other side of the world, even within our farms from Yatpool to Nangiloc, that growing conditions are different.

“We’ve done every second row in one patch in box hedges so we’re not going to get any crop off that second row,” Mr Braybrook said.

“Like anything, it depends on what type of situation you’re in and what works best for the individual grower.”