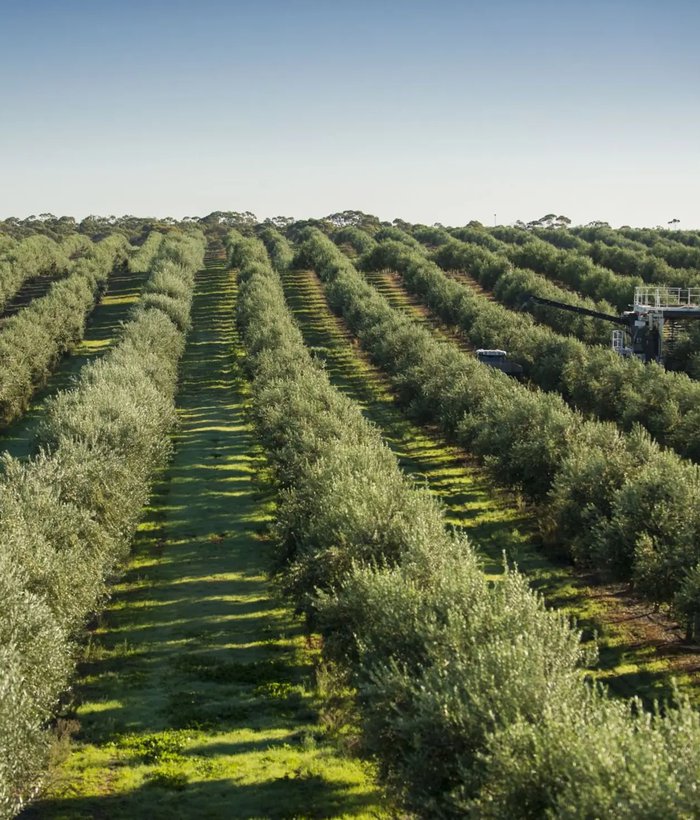 The Australian olive industry is celebrating a record crop this year,” said Michael Southan, the CEO of the Australian Olive Association (AOA). “After low production last year, growers are having a record harvest as olive growing areas emerge from drought and experience more favorable seasons.

“The estimated yield of olive oil for 2021 is 20,000 to 21,000 tons, which is 23 to 24 million litres of olive oil,” said Mr Southan. “The industry has flourished in Australia with the entry of some very smart operators who have taken olive production to new levels.”

Mr Southan said that to ensure there is enough local extra virgin olive oil available throughout the year, the industry is focused on targeted grove management practices to circumvent variations in production due to the natural alternate bearing cycle of the olive tree and mitigate the effects of drought.

“The good news is that the record 2021 harvest means consumers will be spoiled for choice when it comes to selecting extra virgin olive oil and they won’t have to look past our fresh, high-quality Australian products,” he said.

He added that the recent labor shortages that cropped up during the early harvest did not end up posing a significant challenge for growers.

“The vast majority of olives in Australia are harvested mechanically,” he said.

“Good winter rains last year broke the drought and contributed significantly to the harvest, deepening the expectations of being an on-year for most states – except for some growing regions such as in Western Australia – within the normal biennial cycle of olive trees,” said David Valmorbida, the president of the Australian Olive Oil Association (AOOA).

“This values the Australian crop in the range of AUD120-140 million (€75-€87 million), which is the wholesale value for the bulk farm gate product, with growers receiving attractive returns that support the business case for continued expansion of the local industry,” he added.

Mr Valmorbida said the record harvest was “an excellent outcome for the local industry in the face of trying conditions during the last 12 months.”

He said some growers were faced with frost damage, while others were confronted with dry fruit and low yields at the start of the harvest. Others encountered swollen fruit due to heavy rainfall.