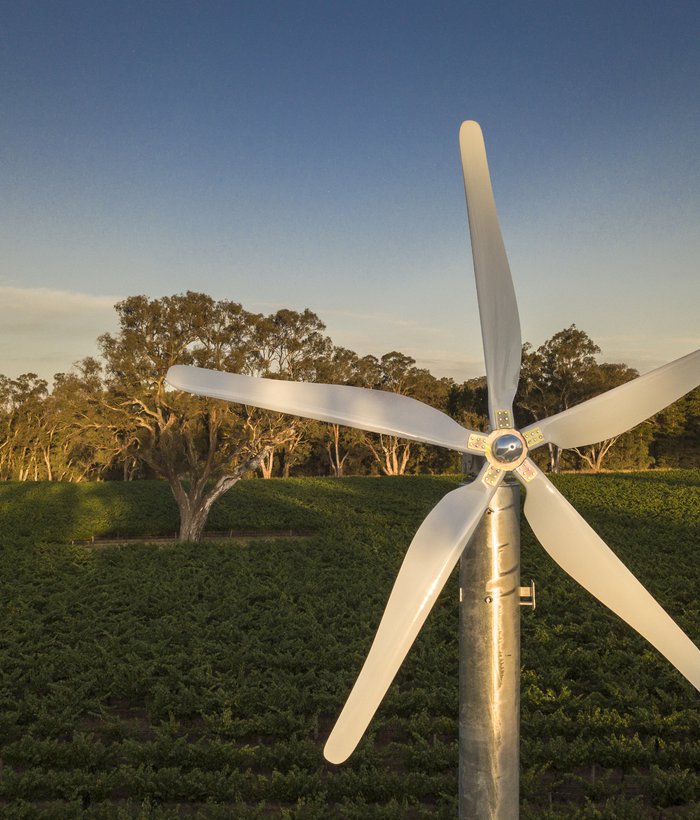 The popular FrostBoss C49 (4-blade machine) is also the quietest on the market, and now comes with the added benefit of web-based monitoring.

Australian Frost Fans is the sister business to New Zealand Frost Fans, which manufactures the FrostBoss range of frost fans at their factory in Hawke's Bay, New Zealand.

New Zealand Frost Fans CEO Steve Haslett says web-based monitoring of frost fans is becoming more popular among large and small growers alike, and the FrostBoss controller has been designed with this in mind.

The remote monitoring option – known as FrostSmart, enables growers to access real-time monitoring of fans around the world, together with text alarms and historical data and graphs on temperature, run-hours and machine performance.

“The hardware required for FrostSmart monitoring is now included as standard with all FrostBoss machines, which incorporate auto start/stop and wireless radio temperature probes,” Mr Haslett said. “That means no additional hardware costs, only an annual monitoring fee to access the customer-specific data for your fans.”

Mr Haslett said several other benefits differentiated the two Frost Fans companies for both New Zealand and Australian growers, including:

·      End-to-end service from initial mapping and machine layouts to consent applications (if required) on growers’ behalf, supply and installation and ongoing service and monitoring of the machines

·      Physical stock of machines and parts at all the service centres, enabling shorter lead times for installation and highly responsive after-sales service and support

·      Dealing directly with the manufacturer – no intermediaries.

“All we do is frost fans, so we stake our reputation and livelihoods on it and are committed to finding the best frost mitigation solution for growers,” Mr Haslett said.

Together the Frost Fans companies in Australia and New Zealand have a significant research and development program focused on improving the efficiency and reliability of frost fans.

The result of this research has been the development of the FrostBoss C49 frost fan incorporating the proprietary FrostBoss clutch, controller and C49 composite blades.

In addition, the much higher blade passage frequency of the four-blade fan means the noise signature no longer has a low frequency beating sound, similar to an Iroquois helicopter. Mr Haslett said that along with the FrostBoss C59 (five-blade machine), the FrostBoss C49 is the quietest machine on the market.

Marketed through its own companies in New Zealand and Australia, FrostBoss fans are also installed in Argentina, Bulgaria, Canada, Chile, France and Turkey through local distributors.

As well as the supply and installation of FrostBoss frost fans, Mr Haslett said the trans-Tasman companies also service and upgrade most other makes of frost fan.