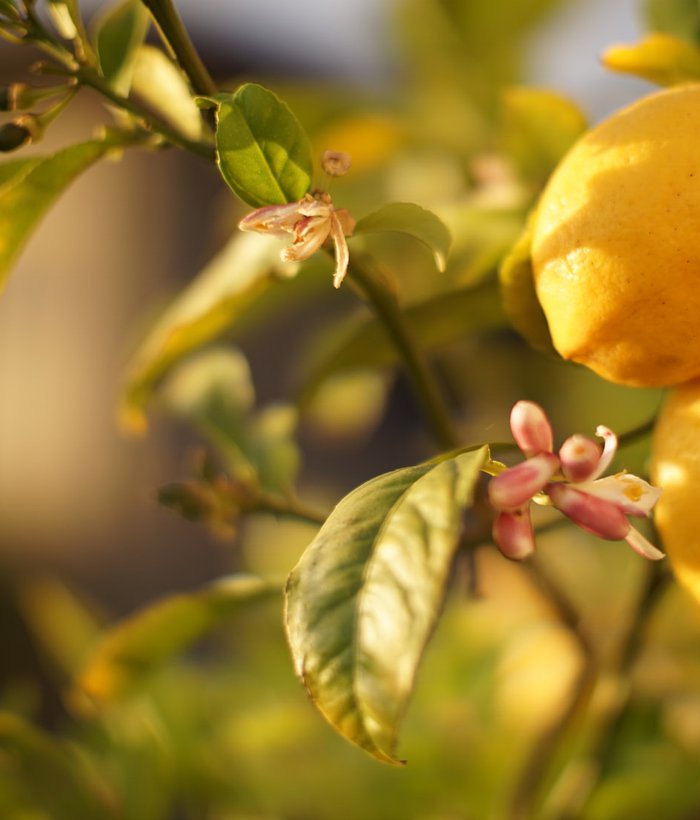 The South African season has already finished and people are looking back on record export figures this year. The Spanish season has just started with the Primafiori lemons, although the production volume is expected to be 20% smaller than last year. Market prices seem to be under pressure everywhere. In the US, higher prices are expected in the coming months due to a reduction of exports from Spain and Turkey. Meanwhile, on the European market, traders are trying to push lemon prices down.

"The supply of lemons in the Netherlands is currently dominated by the Spanish Primafiori lemons." There are plenty of them, although large sizes are not available yet. Prices oscillate between 13 and 13.50 Euro, with the extra quality reaching up to 15-16 Euro," says an importer.

The supply from Turkey dominates on the German wholesale markets. There are also smaller volumes from Spain, South Africa, Cyprus and Italy on offer. The supply is sufficient to meet the current demand, traders report. Prices have remained generally stable, although they have also been reduced in some wholesale markets in order to promote sales.

There are some price differences between the various origins. Spain, Turkey and South Africa are almost at the same level, while Italy generally offers more expensive premium goods. Cyprus, on the other hand, is at the bottom of the price segment.

A big share of the lemons that are traded in France comes from Spain. There is a lower supply available compared to previous seasons. A trader says that the volume has fallen by 15% compared to last year, although he says that this should not cause too many problems. The situation on the lemon market is stable. The fruit that is currently being traded is of good quality. The price for Spanish lemons on Rungis oscillates between € 1.50 and € 1.60 per kilo.

Spain: Price pressure on the market does not reflect the reality on the field

The Primafiori lemon seasom is currently underway in Spain and the harvest and export are on the rise, in line with last year. This is mainly due to the favorable market conditions for the second class fruit. Spain is the most important producer of lemons for the European market. This year, the fruit's production is expected to amount to 1,110,000 tons, which is about 20% less than in 2018.

The purchase of lemons at origin is currently on the rise because production is expected to decline from February 2020. The prices then will therefore rise from 0.38 to € 0.45 / kg. However, the European market is pushing lemon prices down. The price at origin is not what traders are willing to pay for the product. Despite this price pressure, the processing industry is adjusting its prices to the reality in the field.

Italy: Great scarcity on the market

This year is a fairly unusual one for lemon growers in Italy. High production prices are the result of the small volumes available, which is due to the weather conditions recorded in February and during the spring. These circumstances did not lead to a lack of summer products, but to a shortage of Italian lemons. The prices of Sicilian lemons have reached staggering levels, with up to € 1.40 / kg for organic lemons and € 1.30 / kg for the conventional. The scarcity could lead to the season in Italy being very short. In addition to the weather conditions, growers in Sicily and the rest of the Mediterranean are also dealing with the "Mal Secco", a fungal disease.

A trader from Campania reports that the supply and demand are not in balance with one another. “There has been a 50% reduction due to the spring weather this year. Current prices, depending on the format, range between 2 and 2.50 € / kg. These will probably fall as soon as the temperature drops in all regions."

Due to high temperatures in the country during the flowering period, at least half of the Turkish lemon harvest has been lost. In some places, the losses amount to up to 60 to 70% of the total, according to a trader from the US.

South Africa: Looking back at a record in exports

The South African lemon season is over. The very last lemons have already been shipped. 331,500 tons of lemons have been exported this season, which is a new record. It is the equivalent of 22.1 million cardboard boxes (15 kg each), compared to the around 19.9 million boxes of the previous season. The most important export markets this season have been the Netherlands (41,000 tons), the UAE (38,000), Saudi Arabia (30,000), Russia (27,000) and the UK (21,000). This year there was an overlap with Spain. The season lasted longer than expected and the Verna production was also greater than planned. This reduced the possibility of South African exports to Europe, but the reduction of the lemon harvest in Argentina offered opportunities on the market.

According to many traders, sales have not been bad this year, but the shelf life has been shorter than usual due to various factors, such as the weather, the post-harvest treatments and some logistical reasons. The price for high-quality lemons met previous expectations. There were, however, quality problems in various regions, such as the Eastern Cape.

The new lemon season in China started in September. In Sichuan, the largest production area, it began in early October. The harvest this year has been subject to heavy rains. As a result, the quality is somewhat lower this year, with a particular impact on the color of the lemons due to ripening issues caused by the rains. The price is also low at the moment because a big supply has come on the market within a short period of time. In addition to selling on the local market, a lot is exported to Southeast Asian countries.

United States: Stocks are good, but imports are facing challenges

The first lemons in California are being harvested in the First and Third District. As a result, stocks are still small on the market. The supply of the larger sizes (75, 95 and 115) is still very scarce. The market conditions were better last year, according to some traders. At this time, Mexico is usually at the end of its export season, but at the moment, the country continues shipping lemons to the US.

Imports from Europe will most likely fall due to an import rate of 25% on European products. Mandarins from Spain will no longer be available on the US market, but lemons will continue to arrive. Nevertheless, relatively fewer Spanish lemons will come on the market as a result of these measures. Spanish lemons will start being loaded for shipment next week. The reduction of the harvest in Turkey also plays a role. Yet the products that could be exported to the US market have already been loaded.

Imports are becoming increasingly attractive on the East Coast. Transport over the ocean is cheaper than with trucks from California. That is why more customers are interested in imported limes. All factors combined are likely to lead to higher prices in the coming months, mainly because the demand for lemons is often inelastic and consumers do buy them anyway.

Mexico: Exports going mainly to the US

This year, the season started in April and will continue until the end of December, perhaps even until the middle of January. The start of the season was somewhat challenging for Mexico due to an oversupply of Chilean lemons on the US market. North America is the most important export market for Mexican growers. There is also demand in Europe, but due to the longer transit times, exporters have a preference for the northern neighbor. The demand is also high enough to sell off most of the lemons.

Argentina: Step by step back into the US market

The lemon volumes are increasing every year in Argentina, although there have been some quality issues this year due to the excessive rainfall in the production areas. Transport by sea is sometimes cheaper from Argentina to the East coast of the US than by road from Mexico. After 17 years of absence, Argentina is trying to regain a position on the US market, where they have many protocols to take into account. People are cautiously optimistic about the volumes that they are now shipping to the US, with the focus primarily on quality over quantity. The most important markets for Argentina are the US, Europe and also Mexico.

Australia: Exports on the rise