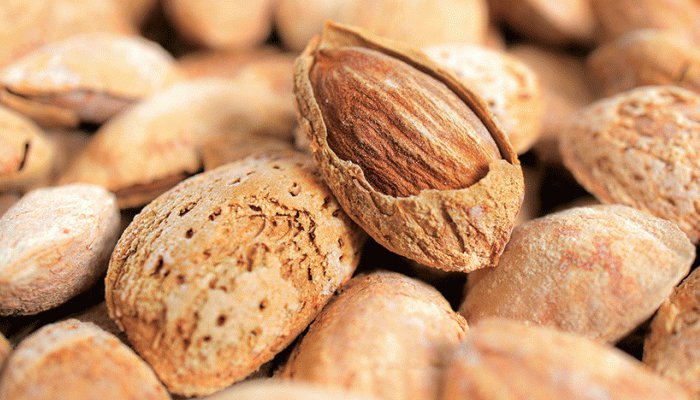 The USDA’s Global Tree Nut report paints a general picture of the worldwide nut industry and assists growers and well-known market players by offering a summary look at the global market and the estimated size of that market.

It also provides insight into the current trends influencing the market. The October estimates project that global almond production for 2018/2019 will be higher than last year, at 1.4 million metric tons of shelled nuts, while global walnut production is expected to fall to 2 million tons in-shell as a result of lower than expected production in China.

Because the National Agricultural Statistics Service (NASS) discontinued the January Non-citrus Fruits and Nuts Preliminary Summary report after 2015, U.S. pistachio production is not forecast. The Foreign Agricultural Service says it is unable to forecast the global supply and demand balance without U.S. production data, of which the U.S. is a major component.

EU almond production is forecast up 4 percent, to 114,000 tons, on higher output in Spain, and to a lesser extent, Italy. Over the last several years, growers have planted additional orchards with new varieties and invested in modern irrigation systems. However, the plant bacteria Xylella fastidiosa was recently detected in Spain’s Valencia region and Balearic Islands, representing a serious threat to production because it can lower yields if not properly managed.

According to the USDA, the bacterium lives in the plant’s xylem tissue and is normally spread by feeding of insect vectors. In response, Spain put contingency plans in place to limit the expansion of the outbreak by destroying affected plant material, increasing border controls, and banning the movement of plant material from the affected regions.

To meet the increase in EU production this season, EU import demand is also forecast up 4 percent, to 315,000 tons, on strong demand from the food ingredient, snack foods, and confectionary industries.

For Australia's exceptional increase in production, forecasters credit a rebound from last year's frost-damaged output. A record 85,000 tons is forecast in spite of rain deficiencies in some growing regions where yields were lower than expected. Exports are estimated to be up by 25 percent, to 65,000 tons, on strong shipments to the European Union and China.

To offset what could have been an even greater global record year for almond production, USDA expects India’s imports could drop 5 percent, to 95,000 tons, primarily due to increased tariffs. On May 23, India’s Ministry of Finance announced an increase in the basic customs duty for shelled almonds from 65 rupees per kilogram to 100 rupees per kilogram. The tariff for in-shell almonds was unchanged at 35 Rupees per kilogram. These tariffs are in addition to a 12 percent tax on both domestic and imported almonds implemented in July 2017. However, consumption is expected to continue growing as stocks are drawn down to satisfy demand.

China’s imports are forecast 15 percent lower, to 70,000 tons, due primarily to higher tariffs for U.S. almonds. The tariff for U.S. almonds increased from 10 percent to 25 percent April 2, and then jumped to 50 percent July 6. In comparison, the tariff for Australian almonds is 2 percent for shelled nuts and 4.8 percent for inshell nuts. These tariffs are in addition to the 10 percent value added tax (VAT) applied to domestic and imported almonds.

U.S. production of walnuts is forecast up 10 percent, to a record 626,000 tons, on both area and yield gains. Late spring rains threatened the crop but accompanying cooler conditions increased kernel size and boosted quality. Insect pressure was reported to be down from last year. During the excessive heat waves over the summer, growers applied sunburn preventive materials.

EU production is forecast up 7 percent, to 130,000 tons, on France’s rebound from last year’s frost damage, while combined output in Romania and Spain is nearly unchanged. Imports are expected 6 percent higher, to a record 310,000 tons. Although consumer demand peaks during the December holidays, year-round consumption is rising steadily. Retail demand is driven by its inclusion in snack foods as well as cooking ingredients, while industrial uses center on the pastry and bakery industry.

Ukraine’s production is forecast up 17 percent to 127,000 tons on higher yields and continued area expansion. Exports, once dominated by shipments to Russia, have shifted to other markets such as the European Union and China.

Chile’s production is forecast to rise 23 percent, to 120,000 tons, largely due to continued area expansion, with the vast majority of output destined for overseas markets. Exports are expected to rise, driven by higher shipments to the European Union.

Turkey’s production is forecast to gain 9 percent, to 63,000 tons, as yields rebound from last year’s drought. Imports are forecast nearly flat, at 78,000 tons, supplied mostly by the U.S. and Uzbekistan. Although walnuts are commonly used in desserts such as baklava, halva, ice cream, cookies, and cakes, they are increasingly being purchased by health-conscious consumers as a snack.