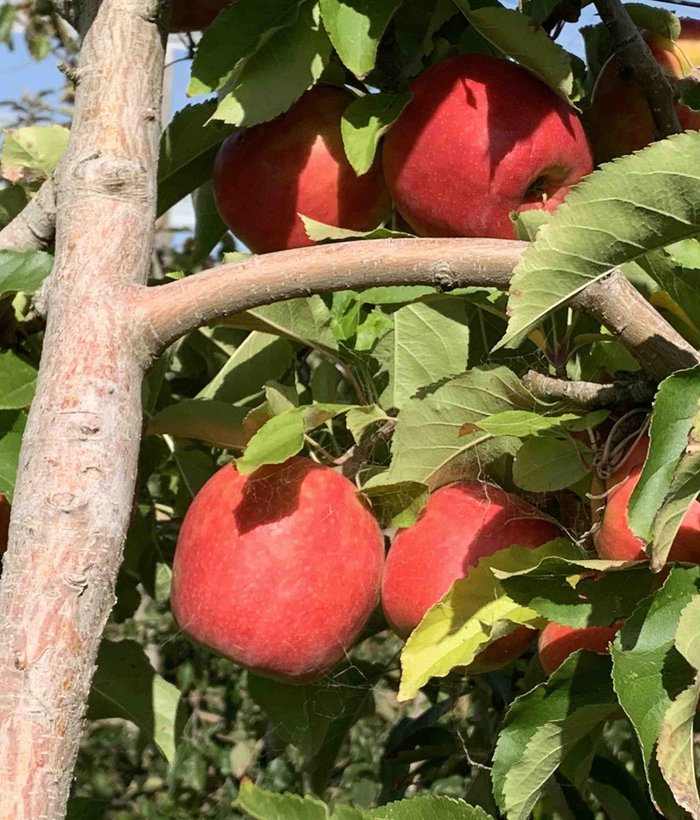 Talendo fungicide, from Corteva, has been welcomed as a key addition to the disease protection program used and recommended by Peter Morrison of Nutrien Agronomic Services, at Huonville Tasmania.

Mr Morrison consults to apple growers across Tasmania and said with annual rainfall of between 650 and 950mm, diseases such as powdery mildew were a major issue each year. La Nina events also put pressure on across the season.

“Predominantly we look at preventative programs, rather than curative, for the control of powdery mildew and so need a range of products across the season to produce high quality apples,” he said.

“Every application across the orchard has a powdery mildew product included.”

Mr Morrison said it was vitally important to rotate the modes of action to reduce the onset of resistance so the different products could be viable into the future.

“Resistance management is paramount. There wouldn’t be a day go by where I don’t talk about resistance to a grower. Unfortunately, we have a first-hand experience with a disease in cherries at the moment which has developed resistance to certain chemicals.”

Mr Morrison first saw Talendo fungicide being used in grapes in Victoria and felt it had excellent potential as part of an apple disease management program.

Apple varieties grown in Tasmania include Gala, Pinks, Jazz and Envy with many of the more modern options proving to be quite susceptible to powdery mildew.

He said the high-pressure period for powdery mildew was from late November through to mid-to-late December and this was the window where Talendo was used.

“In that high pressure timing we are finding Talendo has done an excellent job.”

A typical program recommended by Mr Morrison includes sulfur for the first three sprays, followed by Topaz and three Flint applications over flowering. Three applications of Fontelis and Talendo are used and Delan, Nimrod and Topaz might finish off the season.

“I use Fontelis and Talendo at the pressure times of the year,” Mr Morrison said.

Talendo works on three important stages of the disease life cycle by making exposed spores unviable, inhibiting spore germination and preventing powdery mildew from reproducing. This ensures a cleaner orchard into the future.

Mr Morrison’s recommended program rotates through the different modes of action to help reduce the incidence of resistance.

It is designed for a fungicide application once every ten days but can come under pressure in bad powdery mildew years where the interval is reduced to seven days.

“There are good options but due to the fact that we need to have a powdery mildew spray in every tank you can run out,” Mr Morrison said.

If an orchard succumbs to powdery mildew, it can turn white and cause issues that season and also into the future.

He said Talendo had fitted well into the program as it was IPM compatible and mixed well with a range of other products used by growers.

It is also a product with low toxicity, with minimal impact on the environment and excellent operator safety.

Mr Morrison said the programs implemented throughout the season help farmers grow excellent apples that are exported to the mainland and across the world.

“I think we do a very good job producing high quality apples here in Tasmania,” he said.