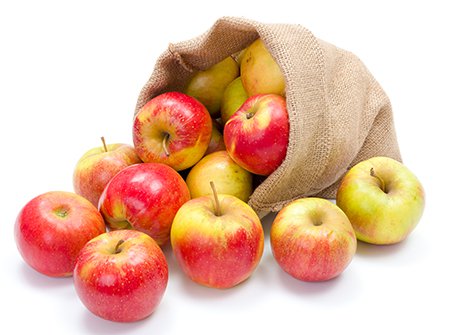 Fresh produce suppliers may say there's no pesticide residue on their fruits and veggies, but are they telling the truth? Store workers could soon be able to check, using an inexpensive stick-on film.

The technology is currently being developed by researchers from ITMO University (Russia), the National University of Singapore, and the University of Rovira i Virgili (Spain). It is described in a paper that was recently published in the journal Nanoscale.

The production process begins by combining silver nitrate and the organic compound melamine, then adding the mixture to a Petri dish containing a base layer of agar gel. The silver nitrate reacts with the other ingredients, forming crystals. Upon being exposed to light, these decompose to form silver nanoparticles.

Everything is then dried, forming a light and flexible film. When that film is placed on a piece of fruit and wetted with alcohol, the melamine draws in any pesticide molecules that are present on the fruit's skin.

Utilising a handheld optical spectrometer, a person such as a supermarket employee can then check the manner in which light is reflected by the silver nanoparticles in the film. An easily-interpreted telltale optical response will occur if any pesticides are present.

"We compared the detection threshold of our sensors with that of classical instruments: chromatographic, polarographic, voltammetric, and other methods for detecting pesticides," says ITMO PhD student Anastasia Nenashkina, who is leading the project. "Our method is cheaper, quicker and more mobile."